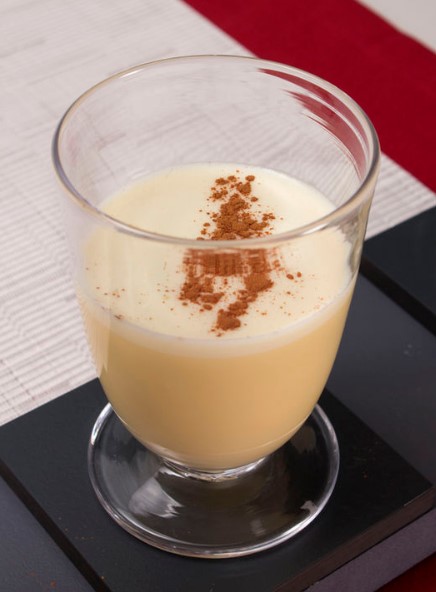 In fact, eggnog dates back decades, and it was often consumed as a riff on classical French vanilla ice cream or custard.

“You would start by taking just regular ice cream mix with egg yolks in it, which are added for color and flavor,” Young said. A manufacturer might add more yellow color to the mix, in order to make it even more compatible with the egg yolk, similar to the color of a manila folder, according to Young. And then of course, you add vanilla, nutmeg and cinnamon.

“It’s a lot easier to take plain ice cream mix and ‘dress it up’ to become eggnog. For all intents and purposes, that’s what eggnog has been,” Young said.

Ice cream mix consists of cream, milk and sugar, and it is very thick before it’s whipped and frozen because there’s no air in it. But the thickness is perfectly suited for making eggnog, as it allows the mixture to be stable enough to tolerate being diluted later with alcohol, ultimately giving it a mouthfeel and flavor that is compatible with what you are looking for in the final product, Young explained. “That’s the dance.”