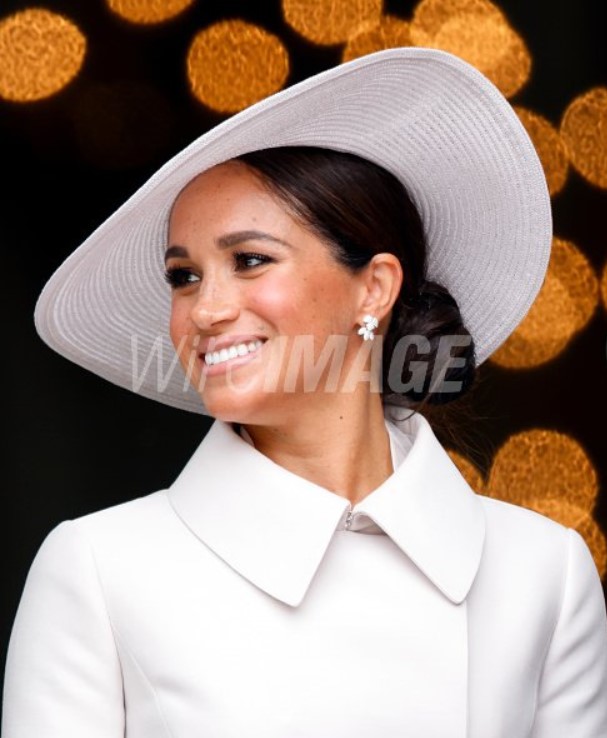 Meghan Markle returned to royal life with a bang (and some boos).

On Friday morning, the former “Suits” star and her husband Prince Harry attended the Platinum Jubilee Thanksgiving service at St. Paul’s Cathedral alongside the royal family.

The Duchess of Sussex accessorized the understated outfit with more Dior, including gloves, shoes and a matching jaunty wide-brimmed Dior hat designed by Stephen Jones.

While she wasn’t photographed with a handbag, she was said to be carrying the Lady Dior — a purse favored by her late mother-in-law.

Choosing Dior from head-to-toe was a subtle nod to Diana. After her divorce, Princess Diana was frequently featured in the French designer’s wares and she was first gifted the square bag in 1995 by French Prime Minister Jacques Chirac’s wife, Bernadette. Diana carried the accessory so often that Dior renamed the bag Lady Dior in her honor in 1996.

Diana also only attended the Met Gala once in 1996 — when the exhibit and party both honored Christian Dior and his designs — wearing a navy slip dress and sapphire jewelry.

The service is the first time that Harry and Meghan have publicly been seen with senior members of the royal family, including Prince William and Kate Middleton, since Commonwealth Day in March 2020. They joined Princess Beatrice and Princess Eugenie and their husbands in the second row.