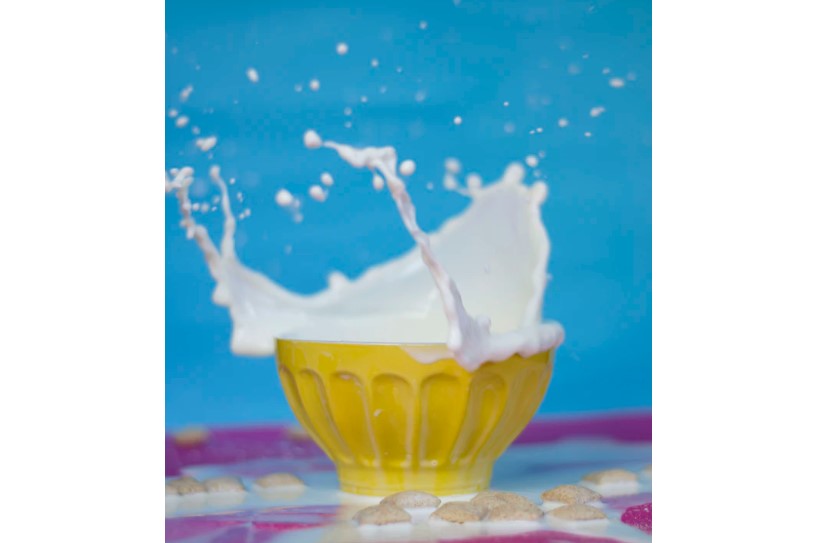 “It’s complicated for adults, but it’s even more complicated for kids, and we have even less data,” Willett says. The calcium needs of kids are trickier to figure out. They’re growing, so they’ll naturally need more. But the role dairy should play in meeting their calcium needs isn’t clear. There is good evidence that kids who drink cow’s milk grow taller than those who don’t.

It’s not known exactly how milk accelerates growth. But the study authors say cows are often pregnant when they’re milked, which increases hormones like estrogen and progesterone. Cows have also been bred to produce more of another hormone, called insulin-like growth factor, which increases milk production, but those hormones may also promote growth in people.

There’s also some worry that hormones in milk may lead to the cancer later in life, but the evidence for that is mostly circumstantial. Kids need calcium for building strong bones, Willett says, but studies don’t show that adding a lot more dairy makes a difference.

One study, for example, randomly assigned 240 kids, ages 8 to 15, who weren’t getting enough calcium in their diets, to a meal plan with three added daily servings of dairy, or to continue on their normal diets. After 18 months, the study found no difference in bone density between the kids who had more dairy and the ones who didn’t.

Willett also notes that while the U.S. recommends that kids ages 4 to 8 get 1,000 milligrams of calcium in their diets, the U.K. recommends about half that much, just 450 to 550 milligrams a day.  That doesn’t have to come from milk, he says. Other foods like kale, broccoli, tofu, nuts, and beans all count toward the goal. One important point, he says, is if dairy is off the table at your house, make sure your kids are getting vitamin D, though a dietary supplement.

Jean Welsh, PhD, who researches nutrition as an associate professor of pediatrics at Emory University, praised the reviewers for raising important questions about dairy. But she urged caution when it comes to taking dairy off the table for kids.

“What always makes me nervous when we talk about these key features of our diets is if we promote a change, what’s going to replace it?” says Welsh, who was not involved in the review.

“The study authors say that if you have a good-quality diet, you don’t need milk. Well, yeah,” Welsh says. “It’s not like we’re eating well.”

On average, many kids probably don’t get enough broccoli, kale, or other sources of calcium in their diets to meet all their needs, she says.

Milk is better than sugar-sweetened beverages, she says, especially for kids.

She says that if organic milk is too pricey, parents shouldn’t worry. Milk is still good for kids. Especially if they’re picky eaters.

“While there are advantages to drinking organic milk in that it’s free of chemicals often used in milk production, we do not have evidence that this makes a difference in children’s health,” Welsh says. “What we do know is that milk, organic or not, is a readily available source of nutrients important in the diets of children.”