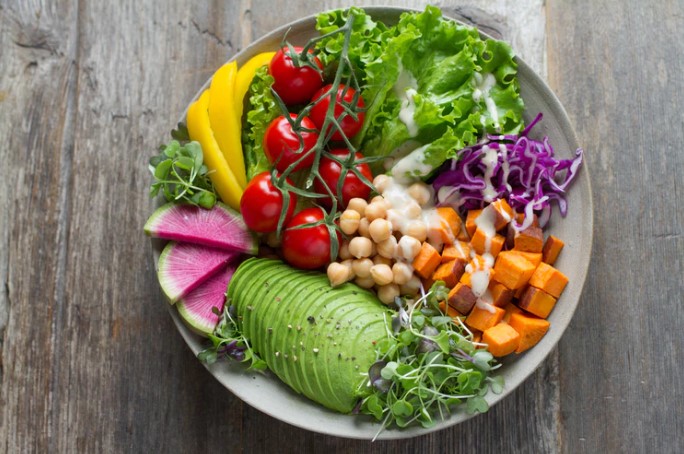 These are the hidden pitfalls of popular diets

If you’ve resolved to eat healthier at one point or another, you may have been enticed by popular nutrition trends, like organic or gluten-free eating, or even vegetarianism.

Although these seemingly healthy eating styles may be tempting to try, if you’re not careful with what or how much you eat, you could end up sabotaging your efforts and gaining weight.

“People get caught up on going gluten-free, organic, low-sugar or whatever but then totally disregard portions, which can lead to significant weight gain over time,” said Lisa Young, a registered dietitian nutritionist and author of “Finally Full, Finally Slim: 30 Days to Permanent Weight Loss One Portion at a Time.”

A diet based on health claims can harm weight loss efforts in two sneaky ways, according to Young. First, if you think something is healthy, you often give yourself permission to eat more of it. Second, foods with health claims can have more calories than you may realize.

And there are other diet pitfalls to be wary of, particular to specific diets.

The problem with eating foods based on health claims is that you think you’re being virtuous. “You think, ‘I’m going gluten-free; I can then eat French fries, gluten-free cookies and pasta on top of that. Or I can have three pieces of gluten-free bread as opposed to one or two,’ ” Young said. But this can lead to excess calories and weight gain over time.

The same holds true for desserts. “Just because you have gluten-free cake, that doesn’t mean you can eat the whole cake,” Young said.

“If you do not have celiac disease or non-celiac gluten sensitivity, you’re better off having a piece of whole-wheat bread than having a piece of gluten-free potato bread with sugar, salt and all sorts of other junk,” Young said.

Ingredients may be added to breads with tapioca or rice flour in order to make those foods taste more like the original version and as well as to mimic consistency. “Those breads often have more sugar or more salt, and gluten-free pretzels may have added fat,” Young said. “The product as a whole ends up being less nutritious.”

As with gluten-free foods, eating low-fat foods can cause you to consume more calories than if you stuck with the full-fat versions.

“If someone eats one cup of regular yogurt, they consume 150 calories; by eating one cup of low-fat yogurt, they can reduce the calories to 100. Well, many people then eat two yogurts or even three, because ‘it’s healthier,’ without realizing that the calories are adding up,” said Sandra J. Arevalo, a registered dietitian nutritionist and spokeswoman for the Academy of Nutrition and Dietetics.

Foods that are lower in fat may also have more sugar to maintain flavor, an ingredient that not only adds calories but can be of special concern for people with diabetes. Arevalo had a patient who switched from salami to turkey — a seemingly innocent move until she realized that his sugars were going up. Then she realized that one slice of salami has more calories and fat than turkey, but the sugar in salami was less than half the amount in the turkey. “Obviously, the more turkey he was eating, the more sugars he was getting,” Arevalo explained.

Young had a client with high cholesterol who ate a ton of sugary licorice. “I said to him, ‘what is it that makes you think you can have it?’ He said, ‘It’s fat-free.’ And I said, ‘but the calories aren’t free.’ “

People may know that fat-free licorice still has calories and isn’t exactly a healthy food. But subconsciously, it moves into another realm and gives them permission to eat more, according to Young.

In fact, one study found that low-fat foods can actually contribute to obesity, as people buy and consume more junk food when it is labeled “low-fat.”

Choosing to eat certain organic fruits and vegetables can minimize your exposure to pesticides, and it offers environmental benefits. But seeing “organic” on a food label says nothing about its calories, because organic refers to the way the food is grown, not how it’s processed, Arevalo explained.

“If something is plastered on a label, people think, ‘it’s gotta be good for me or better for me.’ But organic junk food is still junk food,” Young said.

Terms like “organic” are calorie distracters and can give us permission to overlook the amount of calories that sweets can pack.

“People forget these things have calories, and so they eat more. But the calories will be comparable [to original versions of these foods], or they might have a little bit more,” Young said.

Even diets that have been associated with health benefits can cause weight gain, depending on the quality of the foods you choose and your portion sizes.

For example, the Mediterranean diet has been linked to better heart health and brain health, and it was recently ranked the No. 1 best overall diet. It is rich in fruits, vegetables, whole grains, legumes, nuts, fish and healthy oils. But that doesn’t mean you can eat as much of these foods as you want.

One of Young’s clients was gaining weight because she was eating a whole cup of nuts, about 800 calories worth, along with two avocados (240 calories each) daily.

Salad dressings made with lots of olive oil can also be calorie culprits. “You could easily be having four tablespoons of olive oil on your salad, and that’s 500 calories,” Young said.

Grains should be consumed with caution, too. “If you eat three cups of whole-wheat pasta and a couple of slices of whole-wheat bread and oatmeal every day, you could gain weight eating too many whole grains,” Young said.

“You could gain weight from the Mediterranean diet if you do not portion-control,” Young said.

Preparing foods healthfully when following the Mediterranean diet can be just as important as portion control. A meal with steamed spinach and carrots, grilled fish and a baked potato is nutritious, but if you sauté your spinach with extra oil, bread and fry your fish, smash your potatoes and add sour cream and butter, and glaze your carrots, you are adding extra calories and fat that would go against your weight loss goals, Arevalo explained.

Vegetarian diets can also lead to weight gain if foods are not chosen carefully.

Arevalo counseled one young girl who had gained weight after she started her vegetarian diet. “When I asked her what she was eating, she told me that she was eating crackers in the morning with orange juice. For lunch, she was having white rice, potatoes and water. For dinner, she was having pasta, bread and juice. The amount of starch and juice she had to eat and drink to feel satisfied had increased, and that’s where the weight was coming from.”

Young added, “I’ve seen a lot of vegetarians gain weight. They are so fixated on making sure they don’t have meat … but sometimes people end up eating a loaf of bread.”

They might top off the bread binge with soy ice creams or coconut-based frozen yogurt — creating a perfect recipe for unwanted pounds.