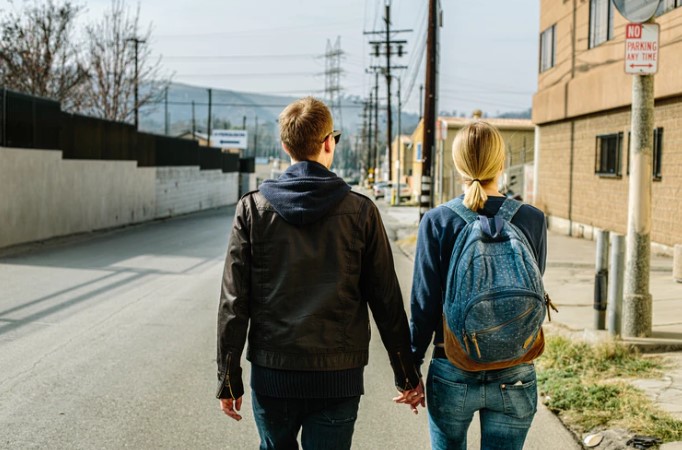 In the absence of a wedding ring, there may be another way to determine someone’s marital status: the speed at which they walk.

According to a study published Wednesday in the journal PLOS One, married people have better physical and mental health at older ages than unmarried people. Specifically, they walk faster and have a stronger grip.

Led by Natasha Wood from University College London’s Institute of Education, researchers looked into the association between marital status and the ability to carry out everyday tasks in later life.

The team elected to focus on two indicators: walking speed and grip strength. “Walking speed is an overall measure of health, which includes lots of things like balance, agility and speed, while grip strength reflects upper body strength,” she explained.

The researchers analyzed data from two existing studies of older people and their physical capability: the English Longitudinal Study of Aging and the US Health and Retirement Study. The former surveyed English adults over 50, while the latter studied US adults over 51.

When assessing walking speed, the researchers used only data for adults 65 and older, to match the lowest age for that indicator surveyed in the Health and Retirement Study.

Married people were separated into those in their first marriage and those who had remarried, while unmarried people were divided into those who were divorced, who were widowed or who had never married. “People who are married are not a homogenous group of people, and someone who never marries is very different than someone who’s been widowed or divorced,” Wood said.

The researchers didn’t look at people who were living together but weren’t married, finding too few people in the two surveys who belonged to this category.

Up to 4 inches per second faster

A similar pattern was visible with grip strength — but only for men.

“It might be something to do with selection into remarriage: People who are physically healthier are getting remarried,” Wood said, though she stressed that more research was needed to establish this link.

The explanation for the majority of the findings, particularly better fitness, is wealth, which married people have accumulated more of by later life than unmarried people, she said.

Wealth, she explained, can impact health in a variety of ways: Wealthier people “live in better surroundings, they don’t have the day-to-day stresses associated with not having enough money, they probably eat more nutritious food, as they can afford it, they could have access to better health care, and they may have larger social networks and enjoy leisure activities as they have the money to do them.”

“Consequently, they have better overall mental and physical health, and all of these things are associated with better physical capability,” Wood said.

The new research cites a 2004 study published in the Journal of Marriage and Family, which used data from the 1992 Health and Retirement Survey to establish that people who were “continuously married” were markedly wealthier than those who weren’t, while remarrying neutralized the wealth impact of separation.

A second study cited, published in the journal Demography in 2011, also supported the association between marriage and greater wealth, adding that couples who lived together with their partner before marriage — provided they’d never lived with other partners — became wealthier than couples who did not.

“Those in mid to later life who are in relationships tend to have more shared routines involving wellness (exercise, regular doctors visits, maintenance of healthy diets, sexual intimacy) than single people in their cohort and this may account for a marriage advantage in the area of physical capability,” said Ian Kerner, a licensed couples therapist and CNN contributor.

On a lighter note, he added, “As for stronger grip strength, there’s nothing better for the grip than having someone to hold and hug on a daily basis.”

The results of the research could have significant implications for older people’s health as marriage rates decline, Wood posited.

“With more people entering older ages unmarried, there could be more people with physical capability difficulties at older ages,” she said.

Alternatively, the health impact of marriage might shrink, Wood added. “As marriage rates decline, it is also possible that the association between marriage and physical capability may not be so strong for younger people when they reach older ages,” she said. “So being unmarried may not be so important for their physical health.”