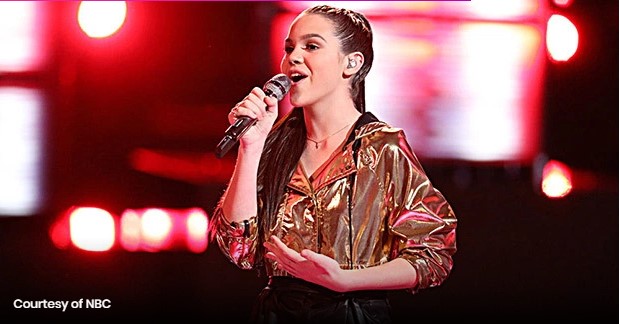 The results are in on The Voice! Tonight, Host Carson Daly will announce the top 10 artists who will move on in the competition throughout the episode. Some of the coaches will also take the stage with their respective teams. SO, who stayed and who was eliminated?

The two artists who found themselves in the bottom two with the least votes were Team Kelly’s Lynnea Moore (The Comeback Stage returning artist) and DeAndre Nico of Team Adam… which was a surprise. DeAndre’s been a solid contender. — This is a prime example why YOUR votes matter!

First, Lynnea took the stage to fight for her spot in the competition. — A position she knows all too well. But, was it enough to out-sing DeAndre and his powerful high notes? Lastly, DeAndre performed an emotional rendition of Tamela Mann’s “Take Me To The King”. And, right from the jump, you knew he nailed his performance and every single note with emotion.

You can tweet using the hashtag “VoiceSave[name]”. There are no spaces. Fans will have five minutes to cast their votes before host Carson Daly announces who was saved and who will go.

Remember: Lynnea found herself in the bottom artists during the last elimination. So, she’s really had to fight her way through the competition. Can she pull it off to save herself from elimination?

Uh oh… during the commercials, The Voice updated viewers with percentages of the voting. DeAndre had 82% and Lynnea was trailing with only 18%. When the show returned, the final percentages were 81% (DeAndre) and 19% (Lynnea).

America instantly saved DeAndre Nico! He will officially move on to the top 10! Unfortunately, Lynnea will go home after a hard-earned stint in the competition!