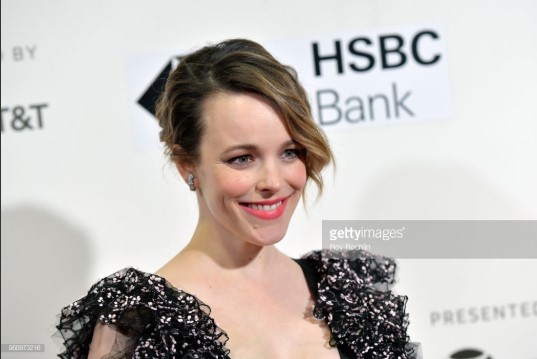 Rachel McAdams kept her pregnancy with her first child so secret the baby’s birthdate isn’t even known. She reportedly gave birth around April 9 to a son with boyfriend Jamie Linden, 38,  but she has never revealed his name. Now for the first time since the infant’s arrival, The Notebook star is dishing on being a first time mom at age 40. “It’s the greatest thing that’s ever happened to me, hands down,” the actress told The Sunday Times on Nov. 25. “[People say] your life is not your own any more, but I had 39 years of me, I was sick of me, I was so happy to put the focus on some other person.”

“I waited a long time [for motherhood]. It’s just how it happened. And I didn’t want to do it before it was the right time,” the Game Night star continued. Rachel never even confirmed her pregnancy and it was only revealed when paparazzi spotted her out and about with a seven month baby bump. She appeared on a red carpet at the Tribeca Film Festival on April. 25 in a sheer dress with her post baby body looking so tight and trim that no one could tell she’d given birth just a few weeks earlier.

“I want to keep his life private, even if mine isn’t,” she told the publication about her son. “But I’m having more fun being a mum than I’ve ever had. Everything about it is interesting and exciting and inspiring to me. Even the tough days — there’s something delightful about them,” she said of her tot. She also revealed something that all new moms know…getting it together by even having clean clothes and hair can be a challenge. “I have clothes on and that’s a good thing,” she told the interviewer. “I don’t even know what I’m wearing today. The shoes are held together with glue. Isn’t that sad? I need to get a life.” Well, not a life but maybe a good shoe repair store.

Rachel has slowed down on moviemaking, doing just one film a year since 2015. But Sherlock Holmes 3 is in preproduction and it’s rumored she’ll be returning as Irene. Her travel schedule for filming is what drew her to Jamie, who is a screenwriter with credits such as We Are Marshall and Dear John. Of having Jamie as her partner Rachel said she “just wanted to be with someone creative,” adding, “we live such a gypsy life as actors, so [it’s great] being with someone who can be on the road as well.” Wow, opening up about motherhood AND her love life all in one interview? For ultra-private Rachel that’s big stuff.