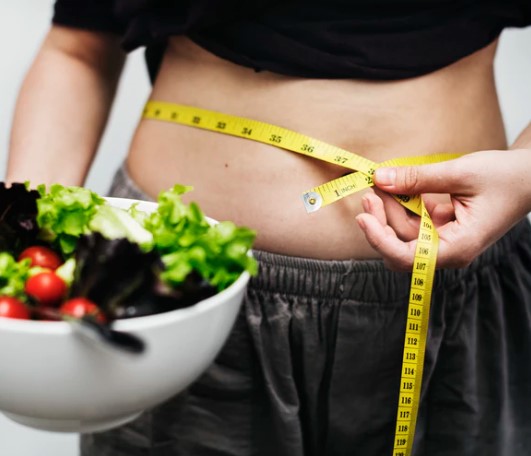 How to get rid of visceral fat

Visceral fat isn’t necessarily associated with being overweight. High levels can result in serious health complications. Eating the right foods can help get rid of it, but is there a particular diet you should follow?

Visceral fat can increase serious health problems because it’s stored in the abdominal cavity and surrounds vital organs, such as the liver. If a person has a high level of visceral fat they are at increased risk of developing life-threatening conditions like heart disease. One of the causes of visceral fat is poor diet, so what foods should you be eating?

One study, titled ‘Effects of diet macronutrient composition on body composition and fat distribution during weight maintenance and weight loss’ found people on a low-carb diet lost 10 per cent more visceral fat and 4.4 per cent more total fat that those on a low-fat diet.The study took place over an eight-week period and participants included 69 overweight men and women. Cutting down on sugar can also help, according to BMI Healthcare. Eating too much sugar can lead to weight gain and contribute to high levels of belly fat.

It explains: “A good first step would be to remove sports drinks, sugar-sweetened fizzy drinks, and foods sweetened with sugar. The drinks might be more obvious place to start, as there are often clear ‘diet’ versions available with artificial sweeteners (though still or sparkling water would be an even healthier alternative).

“Check the label – low-fat options, for example, often contain added sugar to compensate for the change in taste and texture.”

If you smoke it’s best to stop. It says: “The more you smoke, the more likely you are to store fat in your abdomen rather than on your hips and thighs. ”Too little is bad. It explains: “A five-year study found that adults under age 40 who slept five hours or less a night accumulated significantly more visceral fat. “But too much isn’t good, either – young adults who slept more than eight hours also added visceral fat. (This relationship wasn’t found in people over age 40.)”

Make sure to de-stress. It says: “In the Study of Women’s Health Across the Nation, middle-ages women who showed more hostility and had more depressive symptoms also had more visceral fat – but not more subcutaneous fat.

“In other studies, higher levels of the stress hormone cortisol were associated with a buildup of visceral fat even in lean women.”