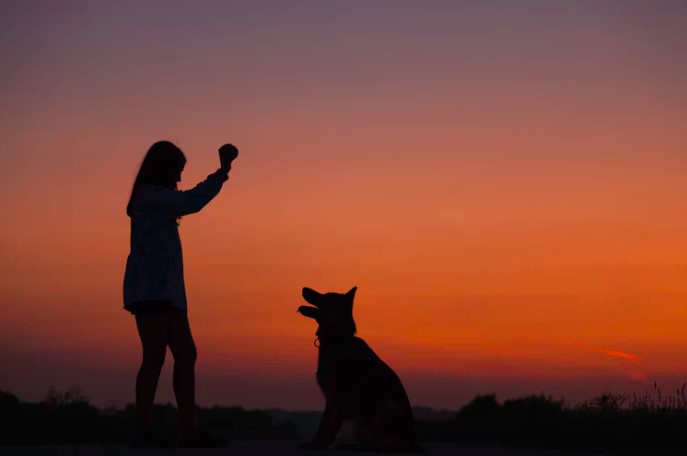 EVERY morning when the alarm thunders me awake, I open my eyes to see a handsome chap lying next to me in bed, staring at me with utter devotion. He’s clearly been up for some time, watching over me intently as I sleep while not daring to move a muscle in case he rouses me early from my slumbers. But he’s not my husband, nor even my boyfriend. Instead, he’s my beloved dog, a 12-year-old cross-breed called Red whom I met on holiday in Thailand and brought home with me. He’s been my faithful companion ever since, sharing my house, my couch and my bed for the past five years.

And I must admit he’s been far easier to live with than any previous – human – partner. He doesn’t snore, fidget or hog the duvet in the middle of the night. No wonder US scientists have found that women find it better to sleep with a dog than a man, saying they’re less unsettling and can even prevent nightmares. “Compared with human bed partners,” wrote the authors of a new report, “dogs who slept in the owner’s bed were perceived to disturb sleep less and were associated with stronger feelings of comfort and security. “It may be related to dogs’ abilities to deter intruders and warn their owners of potential threats.”

Maybe that’s why I sleep so much worse on the odd occasion Red’s not by my side – if he’s in doggy day (well, night) care when I’ve been out all evening and left it too late to pick him up. He’s an utterly brilliant policeman – keeping one ear open all night and only ever waking me if there’s a problem, such as the time he saved us from being burgled. That night, about three years ago, he suddenly leapt off my bed at 3am and ran downstairs so fast and barking so fiercely that I didn’t even feel scared when I realised a man was trying to break in through the front door.

Somehow my mild-mannered dog – who looks like a ginger Collie – had turned himself into what sounded like a ferocious pack of rottweilers, causing the thief to turn tail, never to return. SINCE then he’s given me a wonderful feeling of security round-the-clock, something actress Jennifer Aniston knows all about. She got her white German shepherd Dolly for precisely that reason. “I thought they were beautiful,” she said of the breed, “and a great guard dog.” In fact, Aniston’s relationships with her dogs – she’s got four – have outlasted all her relationships with men. She’s had Dolly for 13 years. “But how can you have him on your bed?” friends have asked when they hear I let – nay, encourage – Red to sleep with me. “Dogs are dirty. They’ve got fleas.” No, they’re not and they haven’t. Not if you give them regular flea treatment.