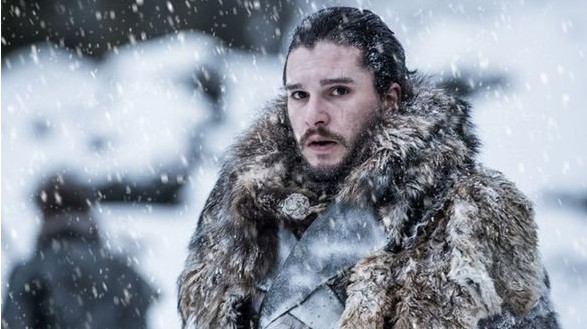 Rumors about Game of Thrones’ final season episode runtime have swirled for months, with many assuming the installments would be movie length. With the episode runtime confirmed, now all fans need to know is…what happens. Details are being kept under wraps, naturally. We do know characters who previously have never interacted will indeed meet.

“It’s really surreal,” Emilia Clarke said about her character Daenerys Targaryen finally going to Winterfell. “I mean, you play into what it feels like for the character as well, because it’s new and it’s odd, and you’re coming into someone else’s turf and you’ve got a lot of actors that you know really well, who were like, ‘This is our home.’ Then you come in and you’re like, ‘I know this only from the television; I’ve never been in this space here before in my life.'”

And there’s one huge battle that took weeks of night shoots to complete.

“It was the most unpleasant experience I’ve had on Thrones,” Iain Glen, Ser Jorah Mormont on Game of Thrones, said. “A real test, really miserable. You get to sleep at seven in the morning and when you wake in the midday you’re still so spent you can’t really do anything, and then you’re back. You have no life outside it. You have an absolute f—ked bunch of actors. But without getting too method [acting] about it, on screen it bleeds through to the reality of the Thrones world.”

Game of Thrones returns for its final season on Sunday, April 14 at 9 p.m.