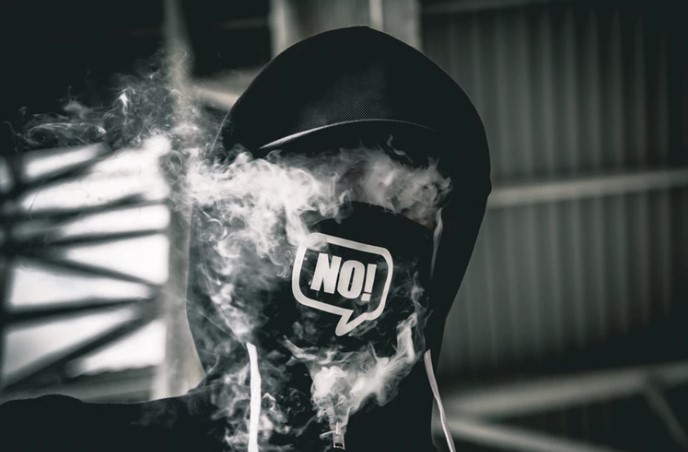 With the news from the US Food and Drug Administration that vaping is skyrocketing among American youth, parents might be wondering how concerned they should be and what they should do if they catch their child using an e-cigarette. The new numbers are staggering: Vaping increased nearly 80% among high schoolers and 50% among middle schoolers since last year.

Health experts say behavior changes are keys to look for, as more and more children and young adults become addicted to nicotine, causing physiological changes to their brain. “It’s just this huge epidemic,” said Marcella Bianco, the program director for CATCH My Breath, which works to prevent the spread of e-cigarette use. Steven Kelder, a professor of epidemiology with the University of Texas Health Science Center at Houston who also serves as a lead investigator for CATCH, said every parent needs to be aware of the dangers of vaping.

“Kids have a hard time quitting or even wanting to quit, thus causing family disturbances,” he said. “Nicotine interferes with parental relationships and pushes children towards delinquent behavior. Raising a teen is hard enough without nicotine addiction.” Here are important takeaways for parents raising teens.

E-cigarettes, or vaping, work by heating a liquid containing nicotine until it vaporizes. Experts say the huge increase in teen use is the result of a single company, Juul, which they say grabbed up market share with an assortment of flavors, high nicotine content and devices that look like USB drives. Juul gives users a flavored nicotine fix without the smell and smoke of combustible cigarettes. “I think parents should be proactive and talk to their kids about vaping,” Kelder said. Kelder said most of the flavors marketed by Juul contain 5% nicotine — “a very high dose of nicotine.”

Juul vowed this week to halt most retail sales of flavor products while restricting flavor sales to adults 21 and older on its secure website. The company also announced that it was shutting down some of its social media accounts. Juul has said that it designed its products for adult smokers trying to switch from combustible cigarettes. Ashley Gould, the chief administrative officer for Juul Labs, previously told CNN its popularity among youth has been “devastating to us.” “This is not a product for youth. It’s a product for adult smokers,” Gould said.

If you catch your child vaping, Kelder said, you’ll need to wean them off slowly, bringing them down to a vape with 3% nicotine. “If their child has been using 5% [nicotine] for any length of time, they are probably addicted and will be resistant to quitting. The withdrawals at that high level will be too strong,” he said. “Normalizing their blood nicotine content to a lower dose is a big first step towards quitting. Once at 3%, then quitting altogether will be much easier.”

Teens are very good at hiding vaping from parents, coaches and school administrators, experts say. Bianco said parents need to check to make sure USB drives really are USB drives. Many times, they’re actually Juuls, with kids taking them to school and using them in bathrooms and locker rooms. “Parents need to take a look at what’s being charged: Is it a USB drive or not?” she said. “Unfortunately, that’s where we are [as a society].”

Other signs to look out for: Has your child been asking for more money than usual? Does he or she have dry mouth and/or nosebleeds? “Nearly all teens vape fruit or candy flavors,” Kelder added. “You may notice a sweet scent on your child.” Nicotine changes the brain, interfering with development up to the age of 26. So, experts say, the skyrocketing use of vaping among America’s youth should be concerning not to just parents but to public health officials across the country.

The outcome of nicotine addiction, Kelder said, is “mild reductions in cognitive function in the prefrontal cortex, leading to poor decision-making, reduced impulse control, increased mood disorders such as anxiety and depression.” Pregnant women could also unknowingly harm their fetuses by vaping, because “nicotine is neurotoxic to a developing fetus.” “Sudden infant death syndrome, SIDS, is a real worry,” Kelder added.

Bianco said parents frequently complain of behavior problems with their children who vape. “They’re having a hard time sleeping,” she said, “because they’re doing Juul so much in schools and throughout the day. “We know what nicotine does, and 99% of the e-cigarettes have nicotine. We know how nicotine changes the brain, especially for developing youth,” Bianco said. Another key point: the many unknowns from chemicals like glycerin and propylene glycol in some vapes.

“That’s the scary part,” she said. “We don’t know the long-term health effects these kids are going to have in future years.”

Juul’s rapid rise in the past year shocked public health officials, Bianco said. It’s easy to buy online, she said, resulting in astronomical sales and skyrocketing use among youth. “It took us all by surprise,” Bianco said. “I wish we knew ahead of time that this was coming aboard. We have a huge epidemic on our hands.”

Kelder said simply, “Juul delivers the highest level of nicotine available. I believe that is the reason why the rates are rising so quickly. The addiction potential with Juul is much higher than with previous e-cig versions.”