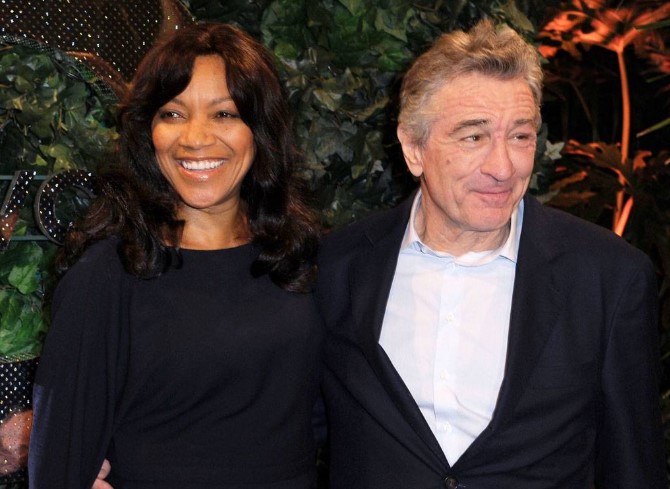 Robert De Niro and his wife, Grace Hightower, have split after a more than 20 years together, multiple outlets report. According to Page Six, who was the first to break the news, sources say that the 75-year-old is no longer living with his wife or their seven-year-old daughter Helen. And as of late, the Meet the Fockers star has attended red carpet events and other parties without Grace by his side.

Their love story began when the critically acclaimed actor first swept Grace off her feet in London in the early ’90s, thus igniting a decades long relationship.  In 1997, they made their walk down the aisle and subsequently welcomed their first child together, Elliot, in 1998. However, the newlywed bliss was brought to an abrupt end when De Niro filed for divorce in 1999.

A bitter feud then ensued when De Niro took Grace to court and sued her for custody of their son. But in a shocking twist of events, the two decided to reignite their romance before divorce papers could ever be signed. Instead, they chose to show their commitment to one another by renewing their vows in 2004, while surrounded by their family and friends at their New York State property. A-listers like Meryl Streep, Martin Scorcese and Ben Stiller attended the romantic ceremony.

And just seven years later in 2011, the then-68-year-old and his wife welcomed their daughter Helen via surrogate. In addition to Elliot and Helen, De Niro has four other children from previous relationships. During his brief marriage to Diahnne Abbott, he welcomed son named Raphael and adopted Diahnne’s daughter Drena. He is also the father to twins Aaron Kendrick and Julian Henry, whose mother is former model Toukie Smith.