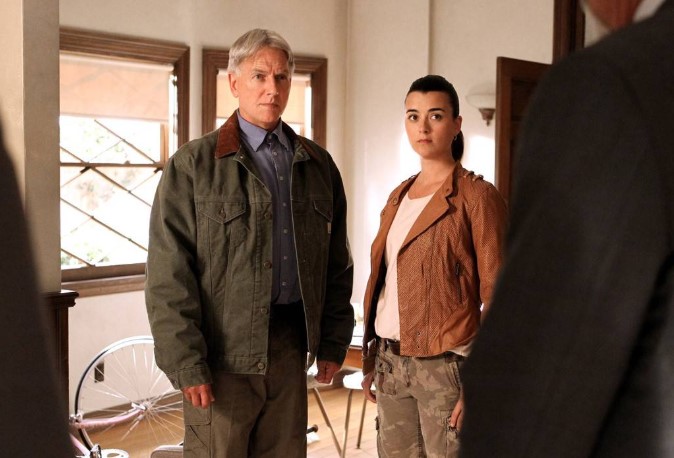 All those theories that Ziva David might not actually be dead appear to actually be coming true.

Ziva (Cote de Pablo) didn’t appear in tonight’s episode of NCIS in person, but after a young girl was found in a storage unit, the team was led to a case that she had been investigating up until her death, even after she had turned the case over to police.

Bishop (Emily Wickersham) in particular took an interest in the case, refusing to follow Gibbs’ “Rule #10” of not getting personally involved in investigations. She discovered that Ziva used to get so personally invested that she rented an office specifically as a place to write down all her feelings on every case in notebooks that she also kept in the office.

After using the notebooks (despite Gibbs telling her not to) to track down where the girl’s mother was being kept, Bishop had planned to carry out Ziva’s plan to read a letter from the woman’s mother to the man who had been holding her hostage. When she got to his hotel room, somebody else had already read him the letter, and when Bishop got back to the office, someone had clearly just been there, and there was a note addressed to her: “Eleanor Bishop, For the safety of my family, please keep my secret.”

Ziva had allegedly died in season 13 when her house was destroyed in Israel. Her daughter Tali was found alive, but Ziva’s remains were not found. Her death led Tony (Michael Weatherly) to leave NCIS (the team and the show) to care for their daughter, and Ziva was replaced at NCIS by Bishop.

Cote de Pablo officially exited the show in season 11, calling the decision “a personal thing,” and being a little vague about the circumstances.

“Did I want to leave under those circumstances? That’s another story,” she told TV Guide Magazine in 2013. “But I’m not of the belief that you just take off and leave fans hanging. A lot of people don’t get the privilege of going back to a set and being able to say goodbye to people. I left under my terms, and that was wonderful.”

Whether de Pablo actually returns to the show has yet to be seen, but to reveal that she’s still alive and then not bring her back feels more than a little rude, so we’ll all have to wait and see.