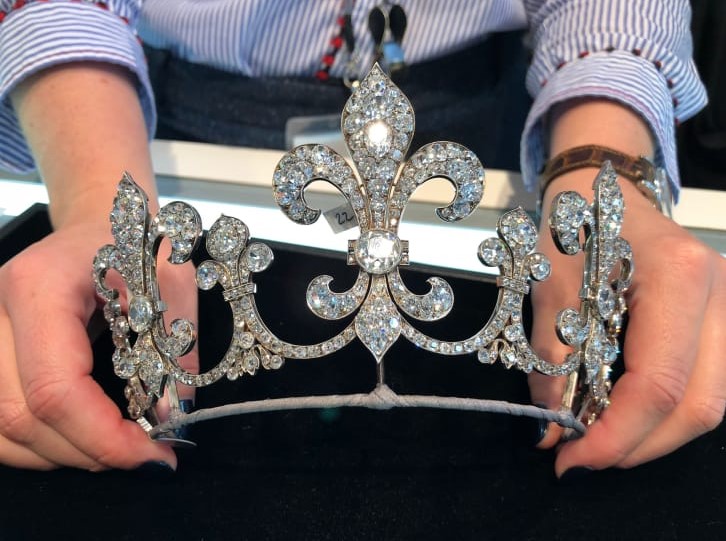 Have you ever wanted to wear jewels fit for a queen? Now’s your chance. Jewelry that once belonged to Marie Antoinette, the last queen of France before the French Revolution, is going under the hammer Wednesday evening at Sotheby’s in Geneva.

The jewelry is part of a larger auction comprising items from the Bourbon Parma family, one of Europe’s most significant dynastic houses. The family is linked to French royals, including Marie Antoinette and her husband Louis XVI, as well as kings of Spain, emperors of Austria and dukes of Parma. Sotheby’s, the luxury dealer managing the auction, called the collection “one of the most important royal jewelry collections ever to come to auction” in a press release.

With the revolution raging, King Louis XVI and Marie Antoinette plotted their escape from France. In March 1791, just months before her arrest, the queen placed a selection of her diamonds, rubies and pearls in a wooden chest. The collection made its way to Vienna by way of Brussels in the care of Florimond Claude, Comte de Mercy Argenteau, an Austrian diplomat and loyal retainer to the queen. Both Louis XVI and Marie Antoinette were imprisoned and executed by guillotine in 1793. Their son died in captivity shortly afterwards at the age of 10.

“Their last surviving child Marie-Thérèse, known as ‘Madame Royale,’ was released from three years of solitary confinement in 1795. Upon her eventual arrival in Vienna in 1796 she reclaimed her mother’s jewels, which had been kept safe by her cousin, the Austrian Emperor,” Sotheby’s said. The collection was kept in the family for over 200 years. Some of the jewels went on public display for the first time this fall, when they were taken to New York, Dubai, London, Singapore and Taipei on a pre-auction international tour.

“Every jewel is absolutely imbued with history,” said Daniela Mascetti, Deputy Chairman of Sotheby’s Jewelry Europe. “This extraordinary group of jewels offers a captivating insight into the lives of its owners going back hundreds of years.”