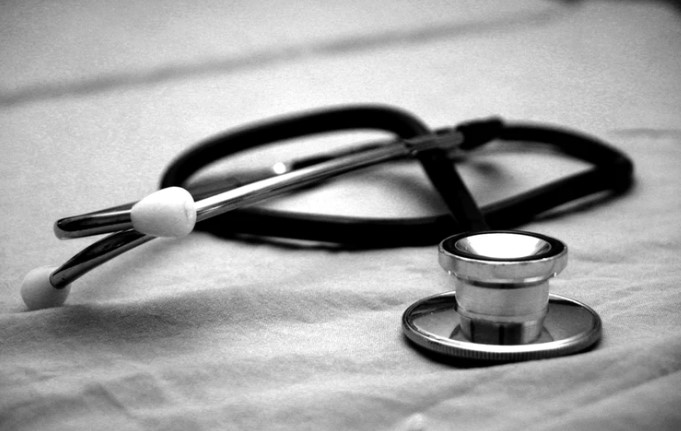 How Clean Is That Stethoscope

For doctors and nurses in hospitals, hand-washing between patients is a must. But what about their stethoscopes?

A new hospital study finds that stethoscopes are laden with a wide range of bacteria. Some, such as Staphylococcus aureus, can cause serious infections such as pneumonia. The findings were published Dec. 12 in the journal Infection Control & Hospital Epidemiology.

“This study underscores the importance of adhering to rigorous infection control procedures,” said study senior author Dr. Ronald Collman, a professor of medicine at the University of Pennsylvania.

This means following decontamination recommendations set by the U.S. Centers for Disease Control and Prevention between patients, or using single-patient-use stethoscopes kept in each patient’s room, Collman said in a journal news release. For the study, researchers analyzed 40 stethoscopes in a hospital intensive care unit: 20 traditional reusable stethoscopes carried by doctors, nurses and respiratory therapists, and 20 single-use disposable stethoscopes used in patient rooms. All 40 stethoscopes were significantly contaminated with a large number and extensive variety of bacteria, including some that can cause health care-associated infections, the study found.

All had an abundance of Staphylococcus bacteria, and more than half were contaminated with S. aureus, which causes the most dangerous staph infections. Other bacteria that can cause health care-associated infections, such as Pseudomonas and Acinetobacter, were found in small amounts. However, it wasn’t known if any patients became ill because of contact with the stethoscopes. Collman said the DNA test used to identify bacteria could not distinguish live from dead bacteria, so it is not clear if the stethoscopes would actually spread disease-causing agents. Additional research is needed to address that question, he said. The researchers also assessed cleaning of stethoscopes with hydrogen peroxide wipes, alcohol swaps and bleach wipes. Each method reduced the amount of bacteria, but did not consistently lower contamination to the level of clean, new stethoscopes.