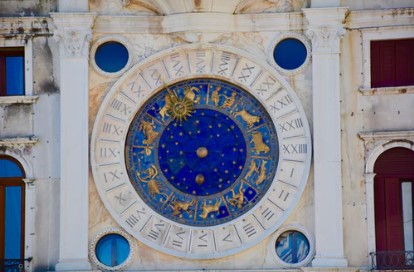 HOROSCOPES: Russell Grant has shared his weekly horoscope reading for all 12 zodiac signs. What is the forecast for your star sign this week?

Your emotions are up and down when you’ll have sudden bursts of enthusiasm followed by lulls. You don’t seem to be able to make progress when you don’t feel up to it, both mentally and physically. Problems in a relationship aren’t helping either.

Taking on jobs that others seem unable to do will help you gain promotion. Your knowledge of the work could be limited but you will learn as you go along. You won’t have a minute to yourself but you have planned for this and loving it too.

You can’t say yes to all demands so allow yourself some downtime and give yourself a much needed break. You don’t want to let anyone down, but there is a limit to what you can do. Visiting new places will inspire and energise you.

Start the week in a more proactive manner by taking a head on approach to your problems. Volunteer to do household chores as this will allow other members of your family to talk about issues you’re dealing with. Keep active.

Just for a change, put your own wishes and wants first. You always try to please your friends and colleagues but this week is a time to pamper yourself. You deserve it and you are worthy. An older relative’s advice makes good sense.

You don’t mind offering a helping hand but it will be frustrating that your boss and colleagues can’t understand how your work is being neglected due to all you’re doing for others. Find the courage to say no, when someone asks for a favour.

You could be seeing a new side to someone’s personality as they let something slip in conversation. Once you realise they have been deceiving or using you, let them know you’re onto them. The end of the week will be more positive and progressive.\

You are focused on reaching a goal by the end of March but someone is trying to hold you back and you can’t understand why. They will soon learn that due to your determination, their delaying tactics won’t work and make you more determined.

A new found curiosity will take you to new places and meet new people. You’ll feel liberated knowing you can go where and when you want. Lately you’ve been wrapped up in personal problems so new friends will help you smile.

This week is the time to make some choices in your relationships to bring you more happiness in the future. Be open and honest as things have changed so much since you first met. A heart to heart conversation will sweep your worries away.

Although you love a party and are very sociable, you can’t accept every invitation coming your way. Decide on which gatherings will give you the most pleasure. A partner is behaving selfishly but they are dealing with a lot and are blind to your needs.

Some jobs demand a lot of detail and your concentration will be lacking. The harder you try, the worse it gets. Wait until the end of the week when you’ll feel more focused. A partner has some weird ideas but give into impulse and have fun.