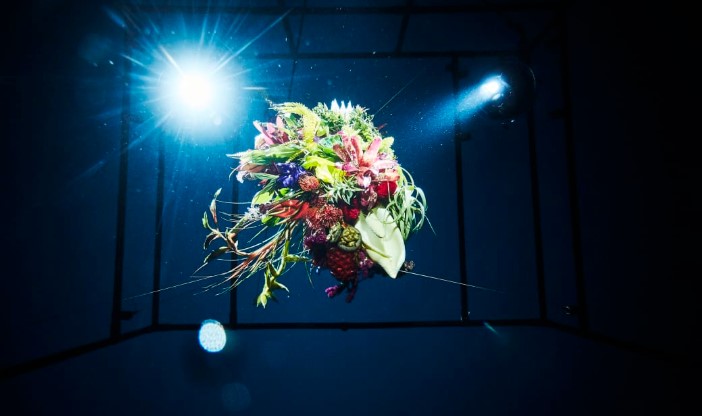 Capturing the ephemeral beauty of flowers

On a Friday morning in Tokyo, a pageant of flowers is hustled from a black van into the chilly underbelly of Jardins des Fleurs, a flower shop in the city’s chic Aoyama neighborhood.

Hundreds of blooms of every shape and color line the laboratory-like space. And there, 42-year-old artist Makoto Azuma, bleach-blond in a white lab coat, looks every bit the part of a mad scientist as he carefully arranges the new floral specimens. His is a world of stainless steel, concrete and an ever-present fog that emanates from the purring walk-in fridges.

Azuma is the mind behind AMKK, a Japanese floral art collective that has gained global renown for its experimental work with botany. Once, AMKK launched a 50-year-old bonsai tree into space, and in another instance sent a colorful bouquet of flowers into the deep sea. 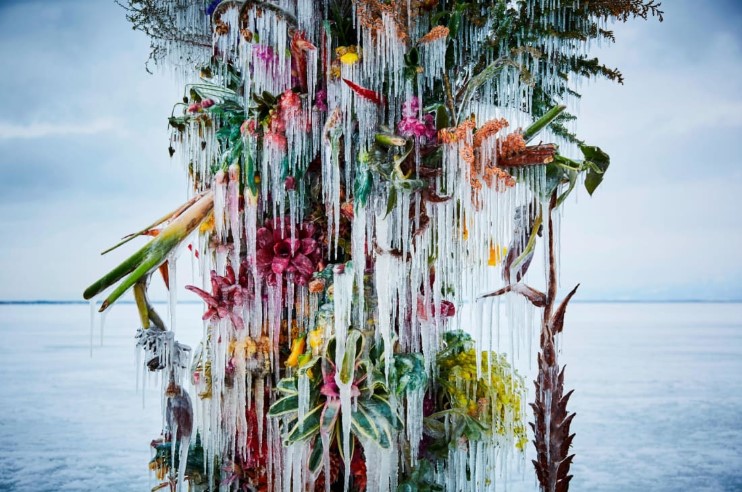 “When I create a piece, I like to include the roots and bulbs, stems and dead flowers that are not usually used in arrangements,” he wrote in his book “Flora Magnifica: The Art of Flowers in Four Seasons,” which was published earlier this year.

“My goal is to work with every aspect of a plant, every moment, in order to discover the beauty of life.” 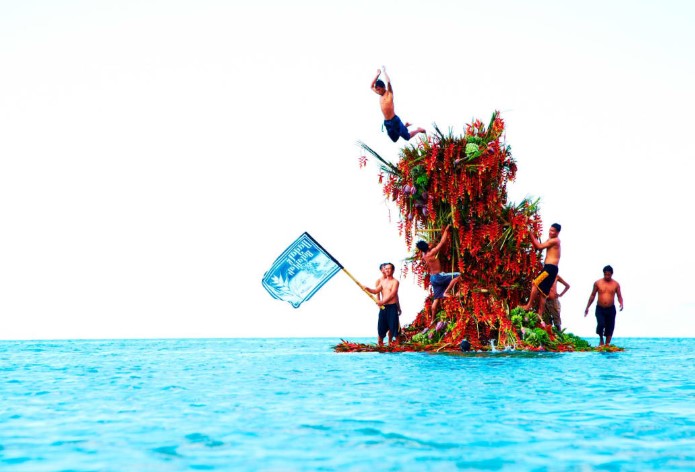 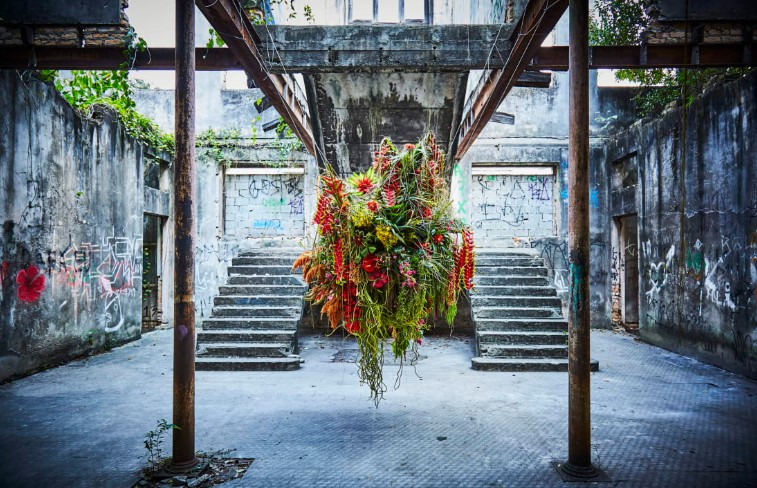 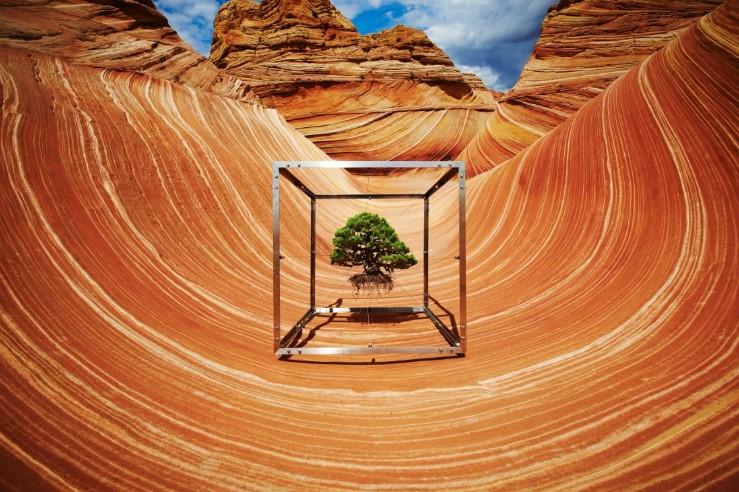 The first order of the day’s business is to “wake up” specimens. With a pair of shears, Azuma cuts stems off every flower bunch and sprays them with water. He then begins assembling them into “botanical sculptures,” where flowers with different lifespans and blooming patterns are combined with both surgical precision and a profound reverence.

Azuma says his works are not only an exploration of the relationship between humans and flowers, but also between Japan and nature. The country is prone to natural disasters, but its people have traditionally worshiped things in nature as gods.
“I never get tired of it,” he says of his craft. “I keep thinking about flowers all the time. Flowers make me feel that way. I live with them. And I’m strongly linked to them.”