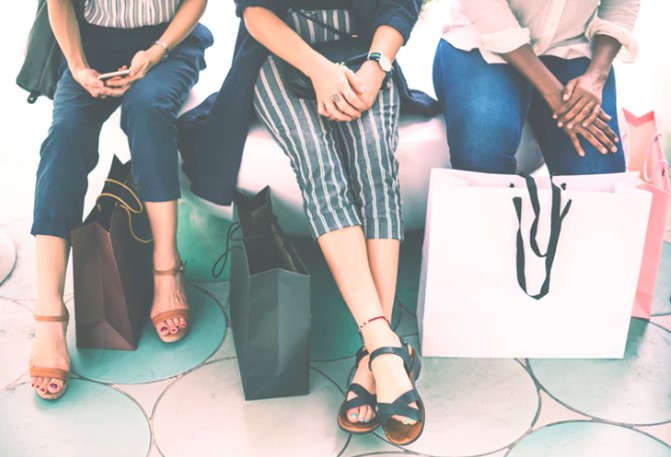 6 ways your brain is tricked into holiday shopping

It’s a time when retailers try to lure shoppers to their stores or websites, not only with discounted deals or special sales but with hidden cues that often go unnoticed.

Many retailers have turned to psychology to manipulate shopping spaces, both in stores and online, to persuade customers to make purchases — and more often than not, we can be oblivious to these mind games.

“It’s amazing how these things are oftentimes not variables that we’re aware of. A lot of these are peripheral cues,” said Eric Spangenberg, professor and dean at The Paul Merage School of Business at the University of California, Irvine.

For instance, in a store, cues can be “the scents, the sights, the sounds, the colors. It can also be things like the degree of crowding, the lighting and those kinds of things,” he said.

A store’s ambiance can play a huge role in persuading people to buy more and get into the “holiday shopping spirit,” said Lynnette Khalfani-Cox, a personal finance expert and author of the book “Zero Debt: The Ultimate Guide to Financial Freedom.”

“So if you walk right now into any retailer, you’re going to hear festive music; you’re going to have the smell of cinnamon and pine cones; you’re going to see things that are very colorful and decorative,” said Khalfani-Cox, who is also CEO and co-founder of the website Ask The Money Coach.

“The experiences online differ — in that, of course, you’re not going to have the smells, per se — but you’ll definitely have brighter colors; larger holiday images that are more pronounced and kind of in your face on screen; the prices will be very small, but the happy, festive holiday image will be nice and big. Pop-up ads will appear more frequently.”

More than 164 million people in the United States are planning to shop from Thanksgiving through Cyber Monday, according to a survey released last week by the National Retail Federation and Prosper Insights & Analytics.

Of those who said they will be shopping, 65% are doing so to take advantage of deals and promotions, while 26% said that shopping over Thanksgiving weekend is a tradition, 23% said it is simply something to do, and the same percentage said it is when they start their holiday shopping, according to the survey.

As holiday shopping commences, here are just a few of the mind games that companies may use to entice you into buying more stuff.

Your nose could even play a role in convincing you to buy something.

“We know there are scents in particular and types of music that are seasonally affective or preferred, and we know that if we have the wrong cues at the wrong time of year, they can actually be detrimental to the kinds of behaviors that retailers want,” Spangenberg said.

“If the scents are too complex or incongruent, that will not keep shoppers around or will not induce the kinds of behaviors that we want to induce,” he said.

“There were some studies back in the ’80s that demonstrated that shopping behaviors were directly influenced by the tempo,” Spangenberg said. “So, too fast moved people through the environment too quickly.”

On the other hand, a study presented last year at the International Conference on Economics and Management Engineering found that consumers are more likely to impulsively buy products in the presence of faster background music compared with background music that has a slower rhythm.

The shoppers were asked to complete questionnaires about how much they had planned to spend and what they actually purchased.

The researchers wrote that consumers were “more likely to have impulsive buying when the background music rhythm is faster.”

When items are displayed as being part of a set or complete outfit, we also might be willing to spend more or impulsively buy the whole set instead of just one item.

The tactic of presenting products as a set is called grouping, Khalfani-Cox said.

Retailers may “strategically place them adjacent to one another in order to create the not-so-subtle suggestion that for this gift to work or for this gift to be complete, you need to buy all three or four of these items,” she said.

Spangenberg and his colleagues recently studied this practice, and their research is in the review process to be published, he said.

“We found that if you couch things as pieces of a puzzle or part of a set, that people will feel what we call the ‘incompleteness effect,’ and it’s actually that people will want to complete the whole set,” Spangenberg said.

“It’s kind of like you left something out if you don’t have this entire set,” he said.

The salespeople you encounter in a store can be just as influential as the store ambiance itself.

A rude salesperson in a high-end store may actually motivate shoppers to spend more, according to a study published in the Journal of Consumer Research in 2014.

The study involved four experiments that examined how consumers respond to being rejected by a salesperson at a luxury store, such as Gucci or Burberry, versus a mass-market store, such as American Eagle or H&M.

In one of the experiments, 358 women were asked to read shopping scenarios in a store, with some imagining a salesperson acting condescending toward them. Then, the women answered a series of questions about that store’s products and their willingness to pay for an average product from the store brand.

The researchers found that when the study participants imagined being rejected by the salesperson at a luxury store, versus being greeted neutrally, they were willing to pay more for the brand. Yet when they imagined being rejected at a mass-market store, versus being greeted neutrally, there was no difference in their willingness to pay.

In other words, “one subtle button that some salespeople will try to push is to tap into your feeling of inadequacy,” said Khalfani-Cox, who was not involved in that study.

“It sounds a little crazy. It sounds almost offensive, but it’s incredibly effective,” she said.

The way products are displayed in a store just might influence your willingness to make a purchase, too.

Retailers may display differently priced versions of a product next to each other — a move called framing — to entice shoppers to spend more, Khalfani-Cox said.

“Framing is where retailers will put two similar items that have different price points and display them in a way that subtly tries to upsell you,” she said. “So the framing exercise is really to mentally give you a frame of reference for a baseline of cost and then to subtly move you toward getting that higher-priced item.”

A 2010 paper published in the American Economic Review found that a shopper’s willingness to pay for a product is 40% to 61% higher when the item is actually displayed before them than when they view only an image and text display.

The paper described a series of four experiments, during which researchers evaluated whether the way in which items were displayed affected the dollar value that participants placed on them. The participants were undergraduate and graduate students at the California Institute of Technology.

When it comes to online shopping, retailers can use technology to track your online behaviors and even remind you of a product that you might have left in your shopping cart.

“Say you manage to resist temptation and pick out items but leave behind a loaded online shopping cart, as two-thirds of online shoppers do. Retailers can become a bit stalkerish,” said Beth Kobliner, a former staff writer for CNNMoney and author of the book “Make Your Kid a Money Genius (Even If You’re Not).”

“You’ll often find that you get an email the next day with a reminder — ‘Forgot something?’ ‘Still want this?’ — to nudge you back and finish your purchase. These ‘abandoned cart’ emails can be very effective, especially when the retailer offers a small, temporary discount,” Kobliner said.

“My advice: Follow Shirley’s ‘do I love it?’ rule, named after my amazingly thrifty mom. That means: Ignore the retail stalking, ask yourself that question ‘do I love it?’ and take 24 hours to consider any big purchase. Use this time to shop around for a better price or to get completely comfortable with pulling the trigger.”