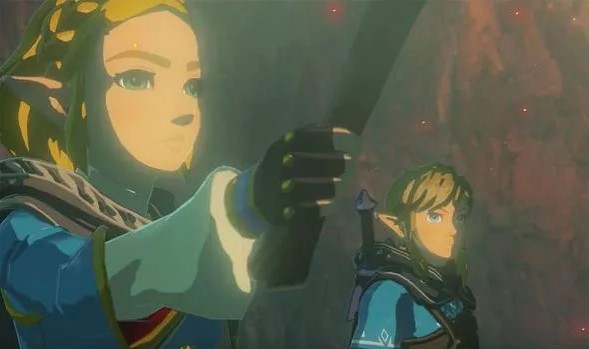 There’s no word on a release date, but the E3 2019 reveal makes a 2020 launch the most likely outcome. Nintendo also previewed the game with a new story trailer, teasing a dangerous new enemy for Link and Zelda. “The sequel to The Legend of Zelda: Breath of the Wild is now in development for Nintendo Switch!” reads a message at the end of the trailer.

Speaking to IGN, Zelda producer Eiji Aonuma revealed some of the games that influenced Breath of the Wild and its sequel. According to Aonuma, the younger members of the team have been playing a lot of Red Dead Redemption 2. Perhaps we’ll see more horseplay and maybe even some camp management in the Breath of the Wild sequel.

Aonuma also said that director Hidemaro Fujibayashi was playing Skyrim during Breath of the Wild development, while he’s currently playing Cadence of Hyrule. But perhaps most interesting of all is the news that the upcoming sequel is going to be pretty dark. “The new Breath of the Wild or the sequel to it, it’s not necessarily going to be related to Majora’s mask or inspired by it… What we showed you currently is a little darker,” Aonuma added. Things certainly looked pretty bleak in the trailer, so let’s hope we see more footage soon.