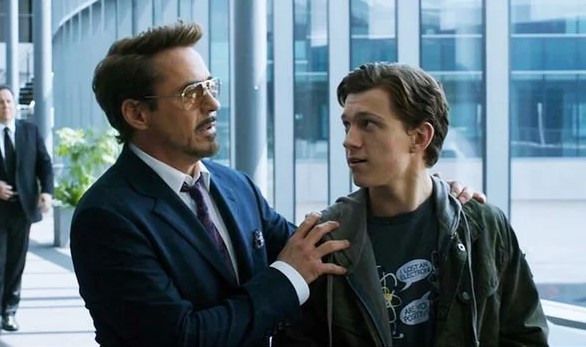 SPIDER-MAN FAR FROM HOME will feature Robert Downey Jr’s Tony Stark in a specific way, according to a leaker.

WARNING POTENTIAL SPOILERS FOR SPIDER-MAN FAR FROM HOME. He bowed out in Avengers Endgame and Peter Parker’s mourning of Iron Man is very present in the Spider-Man Far From Home trailer. However, Marvel fans have been suspect that Tony Stark will feature in the new movie beyond the grave. During one scene Peter is seen wearing Tony’s glasses from Avengers Infinity War.

Fans have since speculated that Tony will have a message for Peter through a hologram, like at the end of Endgame. But now it turns out it could be even more than that. Verified Marvel leaker TheMarvelScoopMaster wrote on Reddit: “I have heard he is the AI when Peter puts on glasses but cannot confirm.”

Assuming this is true, it sounds like Tony will be Spider-Man’s new AI in his suit, replacing Karen. This would mean his mentor would be with him always, giving him advice throughout Spider-Man Far From Home. But even more incredibly, this could mean that Downey Jr isn’t really leaving the MCU at all. Assuming he’s Peter’s new Spider-Man AI, this could mean he will be providing a vocal part for as long as Tom Holland is in the MCU.

Although, what might be even more satisfying considering Spider-Man Far From Home is the final Marvel Phase 3 movie, is if at the end Peter has all the advice he needs and is ready to let Tony go, before switching to a different AI.

Meanwhile, backing up this supposed leak is Spider-Man Far From Home’s producer who confirmed Iron Man is “very present” in the movie. Eric Carroll said: “Tony and Happy help him [Peter] out in many ways along this movie.

“He’s very present; he’s just not in the movie.”