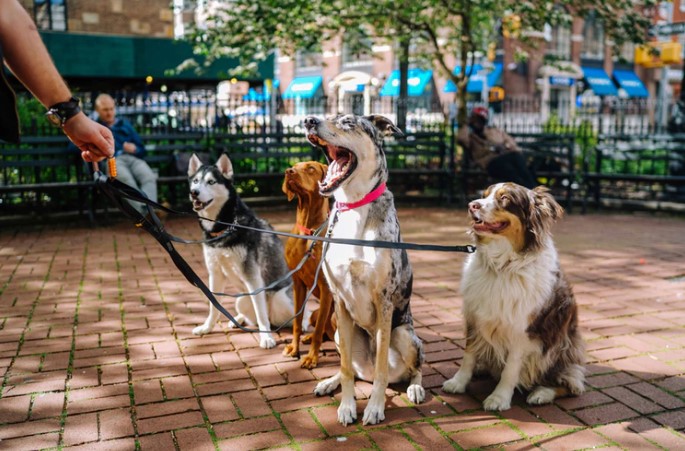 Why animals are not the perfect holiday gift

With the festive season upon us, people are brainstorming for the perfect gift. The comfort and joy of a pet may seem like a great option, but global animal shelters and animal welfare organizations discourage giving animals.

“Animals do not belong underneath a Christmas tree,” said Sven Fraaß, spokesman for the Hanover animal shelter in Germany. They are “family members whose adoption needs thorough consideration.”

No matter how much children may beg, Fraaß said, “do not gift animals!”

Taking in a pet is a permanent commitment, shelter administrators advise, and shouldn’t be done as a rash decision or as a surprise for someone.

Several countries have stopped animal adoptions during the holidays to discourage careless adoptions that often lead to the animals being returned or abandoned.

Over the past decade, Germany’s large city-based animal rescues have seen a 40% jump in returns of dogs and a 50% increase in the returns of cats in January, compared with other months, Hoger said — an “exceptionally big amount.”

Adopting a pet requires a lot of consideration. There are many costs associated with raising an animal, such as food and medical appointments, according to Fraaß. Costs can also exceed expectations if the pet gets sick and requires surgery, Hoger added.

Pets require a lot of attention and care. Children can lose interest fast, and the deal over who will walk the dog or clean the cat’s litter box can easily become a point of contention, Fraaß said.

How much space the animal needs and the right environment are also important considerations, according to Hoger.

Adopting a pet will “completely change your lifestyle,” explained Steve Craddock, manager for Battersea Dogs and Cats Home in London. If someone is giving an animal “as a gift, it is likely they won’t have taken into consideration all those aspects, particularly not if it’s a surprise gift.”

Germany’s second-largest animal rescue, the Hanover animal shelter, has instituted a temporary stop of animal adoptions over the Christmas period for several years. This year, animal lovers can’t adopt a companion between December 20 and 26. Instead, the shelter offers gift vouchers for an animal as an alternative Christmas present.

Other large organizations have similar policies. Gaby Schwab, spokeswoman for the Bremen animal shelter, wrote in an email that “it is common for many animal shelters to not grant adoptions several days before Christmas.”

The Bremen animal home has been applying a temporary adoption stop for nearly 20 years. It has been a positive, Schwab said, with fewer animals being abandoned after the holidays.

Another reason the animal organization discourages adoptions over Christmas “is the stress during this festive period. Many families have guests, but the animals should settle into their new home in peace,” she said.

The Berlin animal shelter is home to roughly 1,400 animals. It is also one of Europe’s largest shelters, spokeswoman Beate Kaminski wrote in an email. Here, people have to wait until December 27 to adopt animals. The temporary stop is “our way of working towards as few people as possible spontaneously using animals as Christmas presents,” Kaminski said.

But adoption restrictions do not solve the problem. The purchase of animals over the internet is often very cheap and from unknown or unethical sources. “Here in Germany, this is a massive problem,” Hoger said.

Roughly 300,000 animals end up in animal shelters across Germany yearly, Hoger said. After the holidays, there is also a “second wave of returns” shortly before summer break. After the initial euphoria of having a pet wears off and it is time for summer vacation, many people don’t know what to do with their animal, and this leads to more returns, she said.

Last year, the Royal Society for the Prevention of Cruelty to Animals, a charity focused on promoting animal welfare, found new homes for more than 44,611 animals and rescued 114,584.

Since 2007, a law in England and Wales places legal obligations on the owners and keepers of animals to care for their pets properly.

In the United States, 6.5 million animals enter animal shelters every year, according to the American Society for the Prevention of Cruelty to Animals.