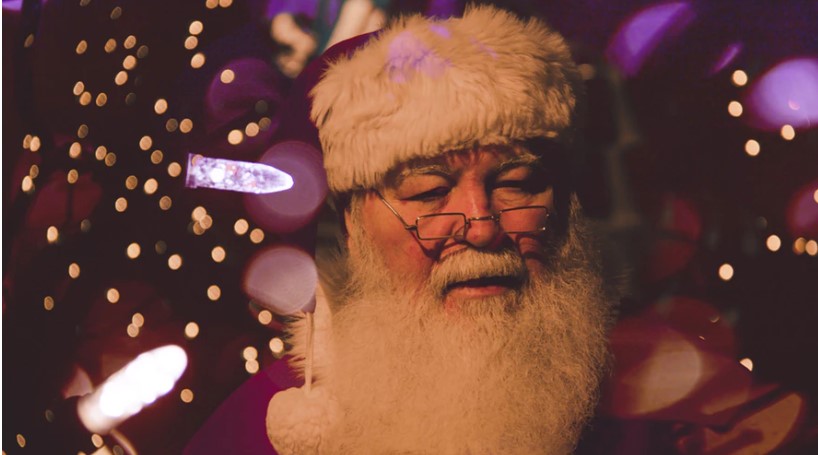 When your child wants the truth about Santa

Every parent who buys into any part of the American canon of holiday mythology — the Easter Bunny, the Tooth Fairy, Santa Claus and their cousin, the Halloween Switch Witch — knows this day is coming.

Did we lie? How much of what we are told is true in spirit, based in centuries of religion, mythology and legend? Or is it now based on decades of consumerism, buying stuff for children who know the truth but still want stuff and more stuff?

I know several children who don’t care much about bunnies or fairies — but the jolly red suit? Yes, they do.

“And what about Santa?”

She was 9 when she asked that question last year.

Truth be told, I expected the question much earlier. Probably that’s because I was 7 when I spotted my mom around midnight on Christmas Eve with a Shaun Cassidy record, a sign of my investigative tendencies to come. (It was also a great album.)

I thought I had the answer in “Love, Santa,” a children’s book by Martha Brockenbrough.

Brockenbrough and her daughter Lucy wrote letters to each other when Lucy was in third grade, which they collected into a letter journal.

After Lucy learned the truth about the Tooth Fairy that year, she put two and two together and wrote her mom a letter about Santa.

“I sat down and wrote the reply, and I gave it to her,” Brockenbrough told me when I called her last year. “She seemed really pleased with the answer and gave me the biggest hug.”

“It was a real transition point in our relationship. She had a younger sister who she could create that magic and wonder and possibility for” as part of the family Santa team.

The “Love, Santa” book shares letters about Christmas and the Christmas spirit between mother and daughter, inspired by letters sent between Brockenbrough and her daughter.

In real life, Lucy — who is now 18 — loved the idea of participating in the Santa spirit by doing good things for others in need and by keeping Santa alive in her sister Alice, who is three years her junior.

“Of course, we don’t want to lie and mislead our children,” Brockenbrough said. “I wanted her to know what Santa meant and why it was a useful and powerful tradition to carry on.”

Some kids may be ready for the “Santa is more than one jolly fellow,” like Lucy, and some may not.

Yale University professor Alan Kazdin has grown children now, but he can still remember the day he returned home in Santa costume after serving as Santa at a neighbor’s house.

“My daughter looked into my eyes and had a realization. She just asked, I said yes, and she said OK,” said Kazdin, director of the Yale Parenting Center. “She didn’t want any more information.”

While some children may want to talk it out, some don’t. “It’s key to give them the level of information they want at the level of their request,” he said. “Comfort, explain and let it go. It can be really very brief.”

Don’t lie, no matter how tempting it might be. “If you lie, now you can’t be trusted,” he said.

I think that’s true even if your child says it’s the worst day ever, which mine did immediately after the reveal.

I know that’s not actually true.

Even in our lives of relative comfort, the loss of her grandmother in 2016 and various illnesses in our family have created “worse” days than the Loss of Santa Day.

When she steps away from that day, I hope to teach her to build connections with real people in our daily lives in Atlanta and to focus on sharing what we have with others.

A visit to the Martin Luther King Jr. National Park Service site in Atlanta, collecting food for the local food bank, buying a meal for people living on the street, reading her favorite “I Am Rosa Parks” book by Brad Meltzer or attending a concert performed by Voices of Hope, the Lee Arrendale State Prison women’s prison choir, are some of the ways we can do that together.

But this was her worst day that week, and so I didn’t try to talk her out of her own feelings in the moment.

She did tweak her holiday gift list last year, though. (It’s never long — maybe three or four things.) This time she addressed it to “Dear Santa/Mom.” I raised an eyebrow.

I’m not ready to give him up, either, so we didn’t last year or this year. But I will try Brockenbrough’s method to teach her to be generous with others. That will help our entire family get into the holiday spirit.

“Santa comes to those who believe” is our mantra for this year.

I also remember that I don’t actually know how my Christmas stocking got filled last year.

I didn’t stuff it, and I didn’t spot anyone else doing it. So maybe there’s still some magic in the air.