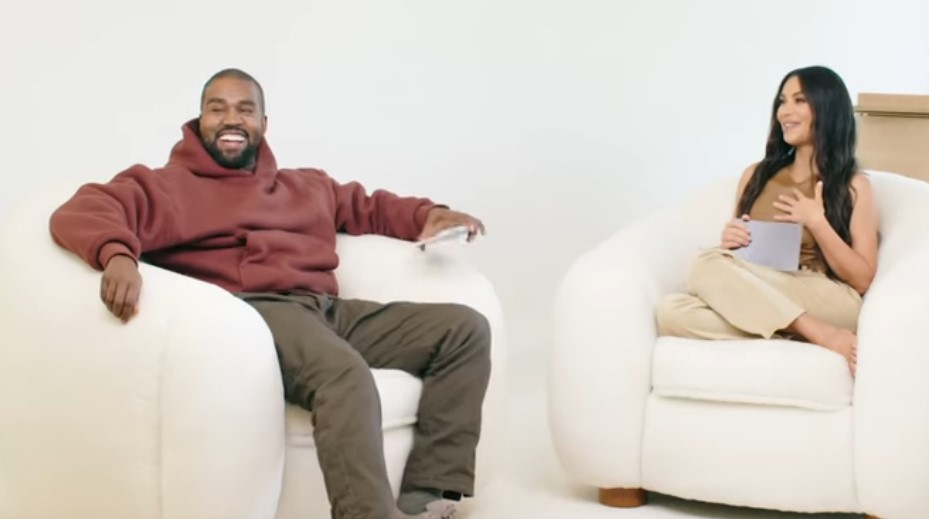 Kim Kardashian and Kanye West’s recent interview featured a surprise guest. While the Keeping Up With the Kardashians star and the Grammy winner quizzed each other for their new feature in Architectural Digest, the couple’s eldest daughter, North West, decided to pop in for a visit. In the adorable moment, captured in a YouTube video for the outlet, Kim and Kanye are seated in their living room talking about the inspiration behind the design of their home when North, 6, comes running in.

“We’re in the middle of an interview,” Kim laughs.

“North was the inspiration for the design,” Kanye says.

“You were the inspiration for the design of our house,” Kim tells North. “We’re in the middle of doing an interview. OK, will you be my card holder?”

When Kim tells North she can sit and watch the interview from a couch nearby, North hilariously declines and finds a seat between her parents.

“What was the inspiration behind the design of our house?” Kim asks Kanye once again, trying to get back on track.

Kanye then tells Kim that the kids were truly the inspiration for the house. The celebs are also parents to Saint West, 4, Chicago West, 2, and Psalm West, 8 months.

“Kids are the inspiration for all our designs now, moving forward,” Kanye explains.

When asked what her favorite thing to do in their house is, North tells her parents that she likes to do gymnastics and cartwheels, as well as having dance competitions, playing the piano and playing the violin. And, just like her mom, North loves all things shoes. Take a look at the AD video above to see Kim and Kanye quiz each other about their minimalist home! And see the moment North totally crashes their interview!