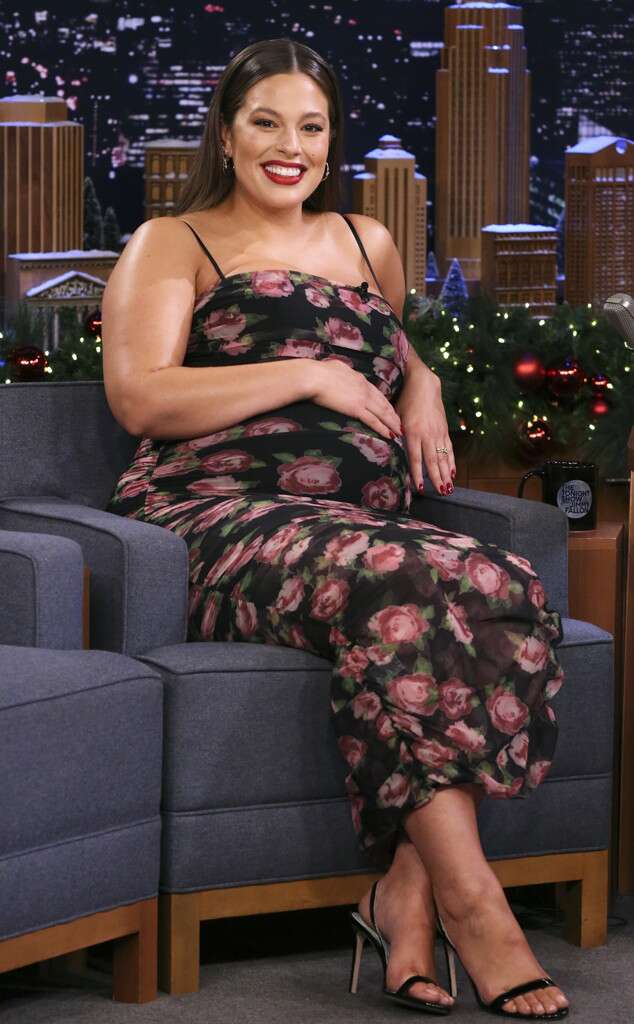 Ashley Graham has someone she wants you to meet!

On Tuesday, the model gave the world a first glimpse at her newborn son, who she and husband Justin Ervin welcomed on January 18, during a heartwarming episode of her podcast Pretty Big Deal. Joined by Ervin, the new parents revealed that his name is Isaac Menelik Giovanni Ervin and recalled the day they welcomed their baby boy into the world. Reflecting on the episode on Instagram, Graham wrote, “Couldn’t hold back my tears on today’s @prettybigdealpod episode. Nothing prepares you for just how magical and intense giving birth is,” adding, “Holding my baby for the first time is a moment I’ll never forget. Such a special moment in my life deserved a BIG announcement!”

While explaining how becoming a mom has changed her during the episode, Graham shared that she opted for a natural child birth and that the experience has left her feeling more confident than ever.

“Now, I have to say now though that I gave birth and I did it naturally and I felt everything, I feel like there’s nothing I can’t do,” she shared. “Like, there’s nothing that could come way where I say, ‘Oh, that’s too hard I can’t handle that.’ I went through laboring for six hours, naturally.”

Still on the topic of her home birth, the host explained that she was thankful that she chose this route because it gave her more control of the situation. “If I would have had the birth at a hospital, I think my anxiety would have been through the roof,” she told Ervin. “But because I was here, the lights were dim, it was a chill environment, I got to eat whatever food I wanted to, I got to be in bed, I could be in the pool.”

“And seeing you with tears in your eyes saying, ‘I can see his head,’ gave me so much strength to just push him out and I really needed that,” she said as she held back tears. “Literally, a moment later, we sat back. He was on my chest and he was looking you in the eyes…And I said to you, ‘We’re a family forever now.'”

Then, baby Isaac made his PBD debut and the longtime couple explained how they came up with his name. “So, everything in his name is pointing to legacy. Whether it’s, you know, Isaac with Abraham, Isaac and Jacob. Menelik, you know, the royal African roots,” Ervin said, noting that Giovanni is a nod to both of their grandfathers being named John and the church his family worshiped in.

One day before their emotional PBD episode, Graham took to Instagram to share a heartwarming series of pictures with her little guy. “At 6:00PM on 01/18/2020, we welcomed 7lbs 5oz of love into our world,” she captioned the sweet pictures, where she can be seen holding Isaac’s tiny fingers. “Meeting our son has made our hearts incredibly full and we can’t wait to introduce him to you on @prettybigdealpod tomorrow…”

Back in August, the supermodel shared that she and her hubby of nine years were expecting their first child together. Taking place on their 9th wedding anniversary, Graham shared a selfie-styled video of herself on Instagram, which slowly panned out to reveal her growing bump. Once her bump was visible in the shot, the then-parents-to-be exclaimed, “Surprise!”

In her caption, the star gushed over the news. “Nine years ago today, I married the love of my life,” she wrote. “It has been the best journey with my favorite person in the world! Today, we are feeling so blessed, grateful and excited to celebrate with our GROWING FAMILY! Happy anniversary, @mrjustinervin. Life is about to get even better.

After treating her followers to several gorgeous bump pictures throughout her pregnancy, the new mom made another exciting announcement in November during her visit to The Ellen DeGeneres Show. While playing host Ellen DeGeneres’ rapid fire game of “Burning Questions,” she accidentally let it slip that she and Ervin were expecting a baby boy.