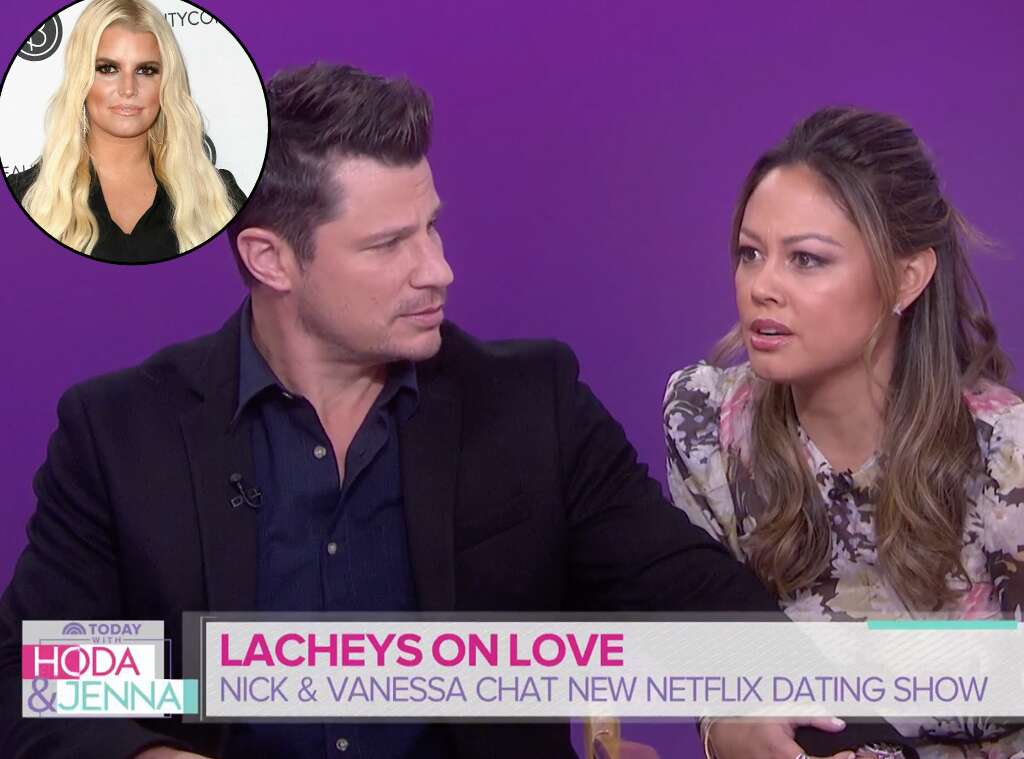 Nick Lachey and Vanessa Lachey are a bit confused about a “gift” they allegedly sent Jessica Simpson. On Monday, the couple appeared on the Today show to chat about hosting their new Netflix dating show, Love Is Blind. During Nick and Vanessa’s interview, the celeb duo also discussed their relationship and their three kids. After opening up about their marriage, Today co-anchor Hoda Kotb mentioned her recent interview with Nick’s ex, Jessica Simpson, who is set to drop her new memoir, Open Book, this week.

In the book, the “With You” singer references her marriage to Nick, which ended in 2005. While the memoir has been making headlines in recent days, specifically over Jessica’s deeply personal revelations, Nick admitted during the chat on Today that he hasn’t read it yet.

“I interviewed Jessica Simpson for her book, Open Book, and she talked about how she has her life with her husband and her children, and she was really, really happy for y’all,” Hoda said to Nick and Vanessa, adding that Jessica mentioned the couple had “sent me something beautiful when we had our children.”

Hoda went on to discuss the abuse and the drinking Jessica mentions in the book, asking, “Was this kind of news to you, Nick? Or were you kind of aware?”

In response, Nick told Hoda, “I’ll be honest, I obviously haven’t read the book, so I don’t know what she said or what she revealed there. But, certainly happy for her and her life, I know she is happy for us. There’s definitely a mutual respect there, obviously it was a long time ago and we’ve all moved on.”

Vanessa then said to Hoda, “I feel bad, I’m sorry, you said somebody sent her…it wasn’t us, but thank you, whoever sent it.”

It seems as though Jessica might’ve received a gift after a significant life moment, but it wasn’t from Nick and Vanessa. After an awkward pause, Nick jokingly asked Vanessa, “What did you send?”

“I didn’t…I don’t know her address,” Vanessa replied. “But thank you whoever sent it from us.”

Take a look at the video above to see the moment Nick and Vanessa react to the alleged “gift” they sent to Jessica!

The first five episodes of Love Is Blind premiere on Feb. 13, followed by four more episodes on Feb. 20. The two-hour finale is set for Feb. 27.