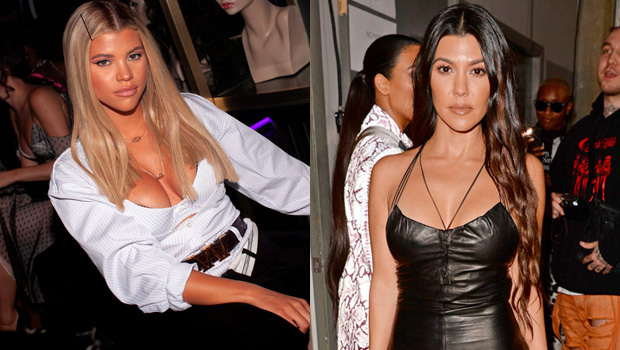 Sofia Richie revealed she wanted to leave ‘KUWTK’ to pursue a career in acting, just as fans noticed that she hit the ‘unfollow’ button on Kourtney Kardashian. But now she has re-followed her on the ‘gram.

Sofia Richie, 21, has unfollowed boyfriend Scott Disick‘s ex Kourtney Kardashian, 40, on Instagram. It’s unclear when the social media move happened, however, Sofia’s following number is down to just 444 as of Wednesday, Feb. 5. Lionel Richie‘s youngest daughter followed the eldest Kardashian in late summer last year, however, Kourtney never reciprocated with a follow back. At the time of the follow — which was in Sept. 2019 — Sofia was spending time with Kourtney and Scott, even vacationing with the exes and their three kids Mason, 10, Penelope, 7, and Reign, 4.

The news comes hot off the heels of Sofia announcing that she no longer wants to appear on Keeping Up With The Kardashians which Kourtney, boyfriend Scott, 36, and BFF Kylie Jenner, 22, are all a part of. “[It’s] because I want to get into acting!” Sofia revealed to Entertainment Tonight at the opening of Marcell Von Berlin’s store opening in Los Angeles on Tuesday, Feb. 5. “I feel like, for a while, I kind of held back on things because I was afraid of failure, but 2020 is [the year of] no fear! I’m gonna be doing acting stuff really soon…The roles I’m reading for right now are kind of similar to me, so they’re easy for me to play, and I really, really enjoy it,” she continued.

Sofia made her long-awaited debut on KUWTK on Oct. 6, which highlighted Kourtney’s luxe family getaway to Finland. Reportedly, she was “hesitant” to join but the KarJenner family — including matriarch Kris Jenner — encouraged her to come on board. Though it was Sofia’s first appearance on the series, she had previously travelled with Kourtney in Aspen, in addition to jetting off to Europe for Kylie’s lavish birthday celebration in August. Outside of her own connections to Scott and Kylie, the Frankies Bikinis model also grew up close to the family thanks to Kris Jenner’s friendship with her dad Lionel. 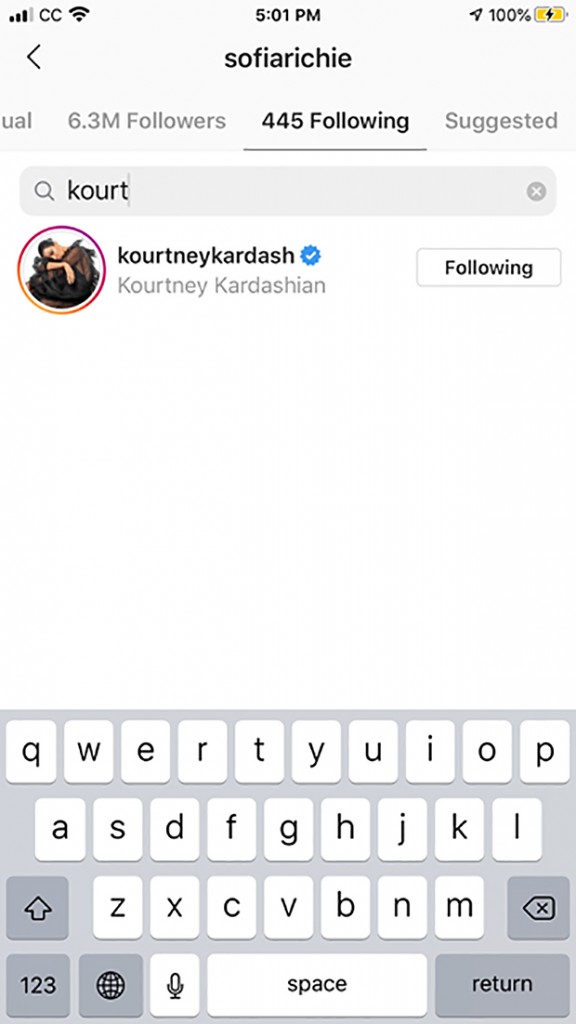 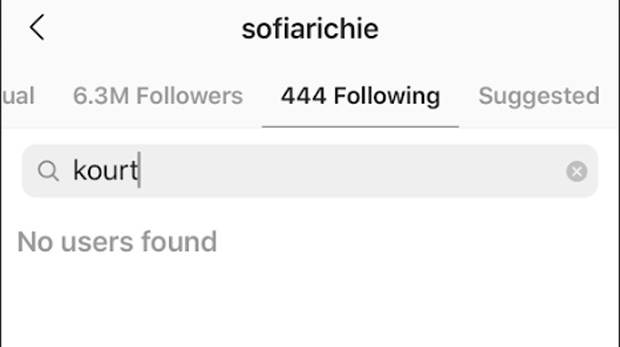 When Sofia followed Kourtney last summer, fans went into a frenzy — but it turns out it was the model’s way of simply being friendly. “Sofia really doesn’t see why people are making such a big deal,”

“Sofia is already following a number of other Kardashians and Jenners, and after spending more time with Kourtney, Sofia thought it would be a nice, simple gesture.”