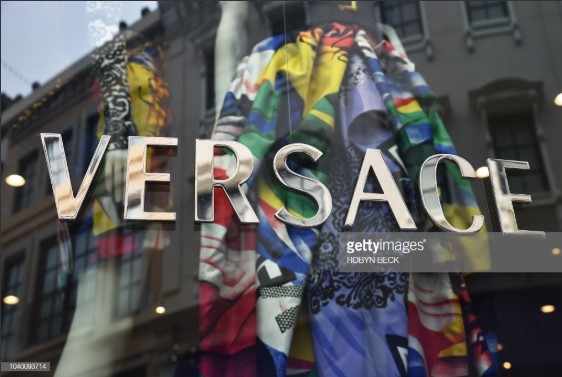 It was announced yesterday that American fashion brand Michael Kors had snapped up famed label Versace for $2.1 billion, taking over one of the last independent Italian brands in an effort to build an empire to rival major European conglomerates LVMH Moet Hennessey Louis Vuitton (whose stable of brands includes Givenchy, Fendi, Dior among many others) and Kering (Gucci, Saint Laurent, Alexander McQueen, Balenciaga and others).

With Versace and Jimmy Choo (purchased in 2017) under his belt, Kors, who will rename his company Capri Holdings Limited upon completion of the sale, is already wreaking havoc in the existing power structure that has dominated luxury fashion since the 1990s. The question now is whether the American designer and his chief executive and chairman John Idol can succeed where their other countrymen have failed and create America’s first luxury group.

“Michael Kors is building what is virtually unknown: an American backed luxury parent company. Provided it works, it places him in a league apart from his rivals such as Ralph Lauren,” fashion historian Bronwyn Cosgrave said in a phone interview. “He will not only be the figurehead behind his own name brand but could become known for revitalizing a legendary European brand, which no American designer has accomplished.”

Michael Kors and Versace are two brands who are known for their seduction and glamor, albeit at different ends of the spectrum, but the venture could be highly advantageous to both parties.

Long Island-born Michael Kors launched his brand in 1981 and has built his empire selling aesthetics drawn from the American jet-set lifestyle. His woman is sun-kissed with a neutral lip and a healthy glow. Her hair is always glossed, and she’s adorned in gold accessories.

Kors has made most of his money in the mid-market, with a large presence in shopping malls. The brand has a strong focus on accessories ranging from bags to shoes and watches, which are coveted both in America and in Europe. And, the American designer is a household name through his fashion label but also because of his 10-year stint as a judge on Project Runway.

Versace, on the other hand, is the epitome of Italian fashion: high-octane glamour and sex appeal at a very high price point. Whereas the Kors women has a healthy athletic glow and good manners, the Versace muse is a bronzed goddess, swigging champagne until the early hours.

Versace is also a household name, but more so for its association with celebrities like Jennifer Lopez, who wore the now infamous green silk dress with a neckline that dipped to her naval, and Elizabeth Hurley, whose Versace safety pin dress catapulted her into stardom.

Versace was founded by Gianni Versace in 1978. Until his murder in 1997, he ran the creative side of the business and was credited with creating the supermodel phenomenon of the 1980s and 90s, championing diversity and blending high fashion with pop culture. After his death, his sister Donatella took over the brand. (She will remain as its creative director after the sale.)

It’s no surprise that a sale of this magnitude has raised some eyebrows. Some of the controversy stems from Versace, a brand historically aligned with Italian heritage, culture and craftsmanship, being purchased by an American company that has made its money in malls. But Versace has also suffered because of its lack of accessibility. For many luxury houses, makeup or accessories are the entry point, areas where Versace lags. While it produces handbags and shoes, none of it is particularly coveted or seen as a must-have product.

Michael Kors’ chief executive and chairman John Idol wants to remedy this. His strategy for Versace, as outlined in a statement by the brand, includes an increase in accessories and footwear, and the opening of approximately 100 new stores around the world. Idol aims to grow Versace’s revenue to $2 billion in the long term.