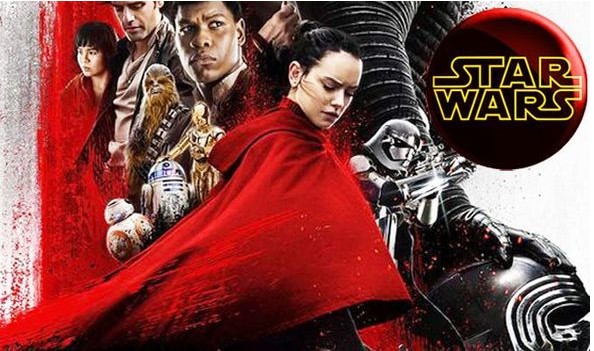 Star Wars 9 is this the END?

Fans are still desperately hoping for the first Episode 9 trailer, as well as the title. Official news about the final film in the Skywalker saga has been typically scarce. However, various actors and creatives have started tweeting messages around the final days of filming. First among them is JJ Abrams himself, who posted only his fourth message so far about the movie. It is a powerful and emotional image showing the three young stars.

Star Wars fans finally have their first official look at the stars in costume on set in the desert.

JJ Abrams tagged the post: “It feels impossible, but today wrapped photography on Episode IX.  There is no adequate way to thank this truly magical crew and cast.  I’m forever indebted to you all.”

Not everyone is impressed, with the top liked response sniping: “I hope you didn’t copy Episode VI’s script and change out the names like you did with The Force Awakens.”

British star John Boyega, meanwhile retweeted the image with his own emotional message.

Boyega wrote: “That’s a wrap on Star Wars Episode 9 and the end to a chapter of my life that I couldn’t be more thankful for. What a process! It really has been a joy to be in these movies surrounded by amazing people.

“I personally want to thank J.J. Abrams for giving me a chance to make my dreams come true.

“To our supporters… See you SOON! May the force be with you.”

The emotions in the image are clear, but whether they are for a scene or the actors’ own reactions to the moment is impossible to tell.

Many theories suggest Rey, Finn and Poe won’t be properly united until the final moments of Star Wars 9. With all three trilogies starting off on a sandy planet, it would be fitting if the very last scene was also the same, especially if it is Tatooine.

Last year Kathleen Kennedy spoke about future films for Rey, Finn and Poe, but that has seemed less likely as the trilogy from the Game of Thrones creators will be set thousands of years earlier and Rian Johnson’s project is believed to follow new characters in a new part of the galaxy.

Is this really “the end” for the young characters?