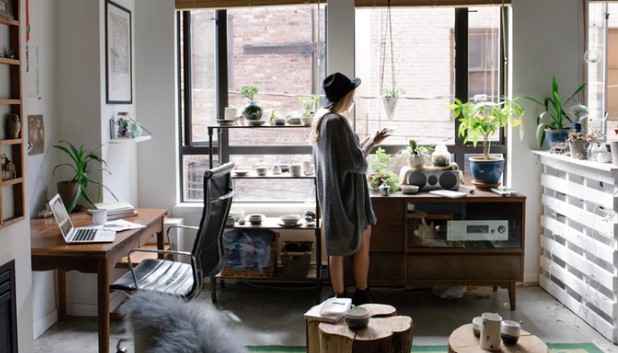 The average American spends half their day sitting, according to the Centers for Disease Control and Prevention. Much of our sitting time takes place at work, where we are glued to our computers as cogs in the post-farming, post-factory economy.

That can have major health impacts. According to the Mayo Clinic, those who sit for eight hours a day with no physical activity have a similar risk of dying as smokers.

The human body is not supposed stay still for that long. “The body is a perpetual motion machine,” former NASA scientist Joan Vernikos said. “We weren’t designed to sit.”

The solution? Standing desks! Proponents claim that eliminating sitting from your work life is almost as beneficial a health choice as quitting smoking.

Yes, our sedentary lifestyle does have serious health risks. Sitting for too long has been linked to cardiovascular disease, cancer and early death.

But unfortunately, the science behind the standing desk solution isn’t standing up to criticism.

A 2016 meta-analysis of 20 studies, conducted by the Finnish Institute of Occupational Health and including more than 2,000 participants, found little evidence that standing or treadmill desks have any health benefits. Even the best studies they found were poorly designed, with small sample sizes and little to no followup to see whether standing desks had any real long-term effects. The researchers concluded that buying a standing desk may reduce your sitting time by as little as 32 minutes a day.

Standing desk fans also claim that standing burns twice the calories of sitting, but a study conducted at Harvard found that standing only burned eight more calories an hour than sitting. “In other words, use of a standing desk for three hours burns an extra 24 calories,” they wrote, “about the same number of calories in a carrot.”

Standing still for long periods of time is bad for your health, as well. A 2017 study in the American Journal of Epidemiology tracked more than 7,000 people over 12 years and found that workers who primarily stand had double the risk of heart disease as sitting workers. Standing for too long also compresses the spine and causes swelling in your feet and ankles. Your heart has to fight gravity to get blood out of your feet, and hours of standing increases your risk of cardiovascular problems such as varicose veins and deep thrombosis.

Experts suggest that rather than sitting or standing for hours at a time, you should make a habit of moving throughout the day. Studies have found that an hour of exercise a day can counteract the health dangers of sitting. One 2016 study found that a five-minute jog or speed walk every hour improves mood and decreases end-of-the-day food cravings.

Even if you walk for two minutes every hour, your risk of early death is lowered by a third. Stanford University researchers found in 2014 that walking increases one’s creative output by 60% which may be why walking has been the preferred meditative practice of such cultural luminaries as Henry David Thoreau, Steve Jobs and Elizabeth Bennet of Jane Austen’s “Pride and Prejudice.”

If you must sit, Cornell University recommends doing so at a 135-degree angle. You may look like your slacking off, but propping your feet up and practically lying down might be the best way to work. Called “Keegan’s Normal Posture,” a lounging-sitting position has been found to reduce strain on the lower back, as well as preventing swelling. It’s the best of both worlds.

Chair expert (yes, that’s a thing) Galen Cranz explained that “the best posture is the next posture,” meaning we should always be moving from position to position for maximum comfort and caloric burn.

Her house has no traditional chairs in it. Instead, guests can sit on yoga balls, cushions or even one uniquely designed seating object that looks like a saddle. So ignore the school teacher in your head, and fidget. Lean back, stand up, do a plank if you feel like it. Your body will thank you.