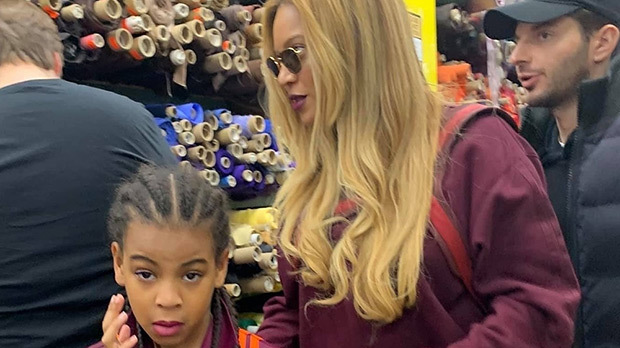 Beyonce, 38, and Blue Ivy, 8, spent some quality time together in New York City on Feb. 6. The mother/daughter duo hit up Mood Fabrics to do some fabric shopping, and they were both repping Beyonce’s Ivy Park x Adidas collection on the outing. Blue wore a comfortable maroon jumpsuit, which featured the iconic Adidas stripes in orange down the sides. Bey matched her little girl in pants of the same color and fabric, but completed her look with a baggy maroon sweatshirt. She also wore sunglasses inside the store to remain more low key, but paparazzi caught the pair anyway.

Blue had her hair in braids, while Bey’s blonde locks looked luscious as she parted them down the middle. Her hair was lightly curled at the bottom to give it a little bounce, too. Bey’s husband, JAY-Z, and the pair’s twins, Sir and Rumi, 2, were not present for the outing, so it seems that Beyonce wanted to get in some quality time with her oldest child. We love seeing Blue rep the Ivy Park collection, as Beyonce is so proud of her work with Adidas on the line.

Just days before Beyonce and Blue Ivy’s NYC outing, they attended the Super Bowl in Miami on Feb. 2. JAY-Z was also in attendance, and the family received some criticism for not standing during the National Anthem. While many thought that the intent behind the pair’s decision to stay seated was to protest the NFL, a la Colin Kaepernick, Jay eventually explained that there was another purpose. 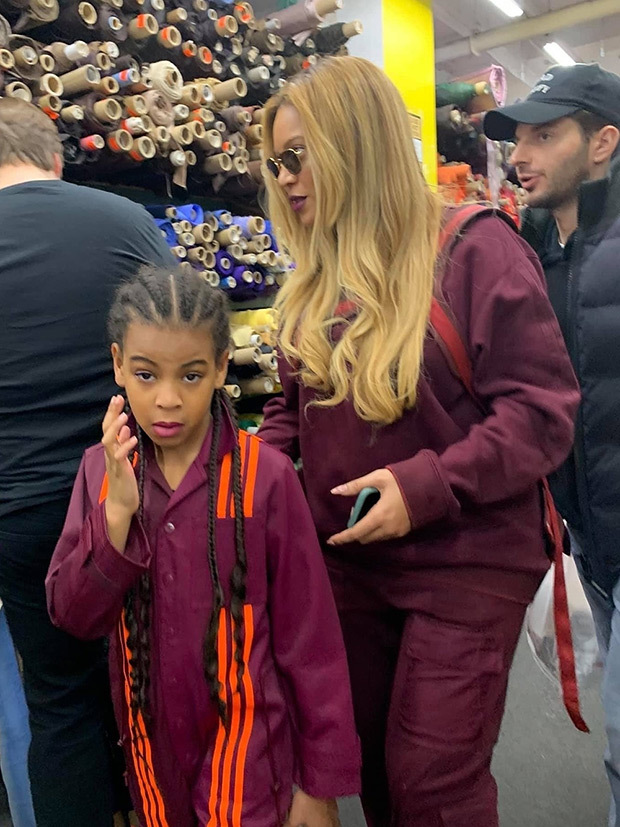 “I’m just really looking at the show,” he revealed during an appearance at Columbia University on Feb. 4. He explained that he was simply intently observing the technical aspects of the event due to his company, Roc Nation’s, partnership with the NFL. Despite the backlash, at lease Bey and Jay got to enjoy a good football game!