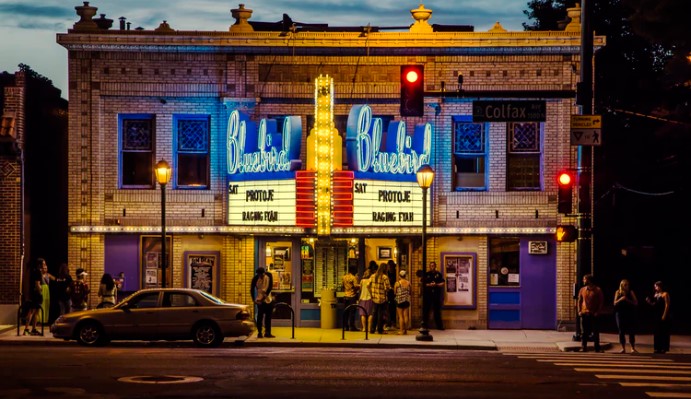 Along the Virginia-Tennessee border, near Virginia’s southwestern tip, you can find a mirror image: twin cities named Bristol that straddle the state line. State Street, the main artery of both cities, forms the dividing line between the two cities, and a sign in lights that frames the street points out the state boundary: “Bristol VA | TENN, A good place to live.”

But that’s where the similarities end between the two Bristols, including on the most basic of health measures: If you live on the Virginia side, you can expect to live 2 years less than your Tennessee neighbors. Americans living in adjacent counties and even census tracts are finding different health outcomes — meaning that where you live can determine how long you might live. The news isn’t uplifting for many Americans, either: According to a study done by the Institute for Health Metrics and Evaluation (IHME), almost 40% of counties in the United States had a decline in life expectancy between 2010 and 2014, the most recent data available at the county level.

That decline is significant because life expectancy reflects a sea of issues — genetics, social and economic status, and access to health care, to name a few. “As human beings, we’ve been tracking our life expectancy forever, and it’s always pretty much been good news,” says Georges Benjamin, MD, executive director of the American Public Health Association. “I think we have just assumed that we’re going to live longer.”

Nationally, American life expectancy has gone down for the second year in a row, according to the CDC’s annual report on 2016 deaths, and experts say a third year of decline is likely. Americans can now expect to live 78.6 years, down from 78.9 in 2014. The country ranks 46th in the world for life expectancy and is expected to drop to 64th by 2040, a new study shows.

A drop in national life expectancy hasn’t happened in this country since the AIDS epidemic exploded in the early 1990s, Benjamin says.

The national opioid crisis is a major part of the current downturn. Overdose deaths, especially those of younger adults and men, have doubled since 2010, ballooning to more than 40,000 in 2016. The national suicide rate has doubled during the last 10 years. Rising mortality from drugs, suicides, and alcoholism — particularly for white, middle-aged Americans without a college degree — make up what researchers Anne Case and Angus Deaton call “deaths of despair.” Case and Deaton found that those deaths have increased since the late 1990s, in both rural and urban areas.

Several counties with the largest declines are clustered in eastern Kentucky — the nucleus of the national opioid epidemic, which has decimated many of those counties. But the opioid epidemic is only one part of a complex group of reasons across the country. Ali Mokdad, PhD, a professor of health metrics science at the University of Washington, helped design and supervise the IHME county-level study and found four general causes for the life expectancy decline:

“As a country, we are improving, but we are not improving at the same rate of other rich countries, and we’re falling behind,” Mokdad says. “In our country, there are many counties and communities that are getting left behind.”

Virginia’s Bristol city had the largest decline in life expectancy between 2010 and 2014, according to the study, and it’s an example of this intricate web of health concerns. Bristol, VA, a town of 18,000, is mired in economic problems: The town is grappling with debt, and one in five of its residents live in poverty. (The poverty rate for children is almost double that.) Bristol, VA, doesn’t have the economic drivers that its Tennessee twin has; Bristol, TN, contains a university, a hospital system, and a service industry that’s mostly absent on the Virginia side, according to Ginny Kidwell, executive director of the Tennessee Institute of Public Health. The median income of Sullivan County, which contains the Tennessee Bristol, is $43,200 — $10,000 more than that of Virginia’s Bristol city.

The Virginia Bristol is also in the middle of a food desert, and the school’s free and reduced lunch rate is so high that the city gives all elementary and middle school students free breakfast and lunch, says Karen Shelton, MD, health director of the Mount Rogers Health District for the Virginia Department of Health. “Southwest Virginia in general has a lot more economic challenges than the rest of the state,” she says. As the country relies less on the coal fields in western Virginia, areas like Bristol that support the mining industry have felt downturns as well. Limited access to nutritious food and high rates of chronic disease may also contribute to health issues in the area.

“It’s not just any one thing that I can put my finger on,” Shelton says.

One in five of those living in the Virginia Bristol are older than 65 — a proportion that the whole country will hit by 2030, according to the Census Bureau. As the population ages, deaths from chronic illnesses like heart disease, which have been declining for decades, may begin to plateau or even increase again, says Michael Kramer, MD, an associate professor of epidemiology at Emory University. Baby boomers, a large group in which two out of five are obese, “are now aging into the heart disease stage of life,” he says.

Other developed counties, even those that are facing similar health challenges like obesity and aging populations, aren’t seeing declines in life expectancy like the United States — a country that spends twice as much on health care as any other industrialized nation, Benjamin says. “I think what makes it such a big issue in the United States is that we are such a wealthy nation,” he says. “But we spend far less on social services than the other industrialized nations.”

Experts do see hope: Mokdad says research that zooms in on small areas can help governments and nonprofits pinpoint and address health disparities. New research like the United States Small-Area Life Expectancy Estimates Project looks at the census tract level to calculate life expectancy — a level of detail that can show life expectancy differences of a decade or more within a few miles of the same community.

Benjamin says he’s encouraged by the increasing recognition of the part that bias and discrimination have played regarding access to services, but there’s still a need to continue addressing “structures that we as a society put in place that had a corrosive impact on health,” he says. “Life expectancy says a lot about how we have progressed as a human race to improve our health and our life here on Earth.”