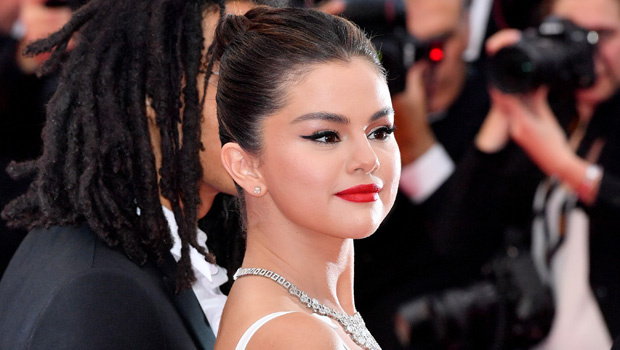 Selena Gomez admitted to her Instagram followers that ‘vulnerable ain’t easy’ accompanied by a stunning black and white image that featured the singer in a gorgeous silk dress.

Selena Gomez posted a stunning Instagram photo on Feb. 19 that featured the “Lose You To Love Me” songstress, 27, posing in a gorgeous white silky slip dress. In the image, Selena posed in the aisle of theater seats, with a spotlight streaming down upon her. The singer sported her curly hair and fringe and looked incredibly confident in photo, which you can see here. But Selena confessed to her fans that it took her some time to appear so proud and positive. “Vulnerable ain’t easy believe me, but I go there,” she captioned the dramatic black and white photo. Of course, fans of the songstress know all too well that breaking down her emotional walls was exactly what she had to do for her album Rare, revealing so much about her past, including her relationship with Justin Bieber, 25.

Justin and Selena memorably had an on-again, off-again relationship between 2011 and 2018. The pair are now done for good, with Justin moving on to marry his now-wife Hailey Baldwin in September 2018 and in a formal ceremony in September 2019. But during his Apple Music interview with Zane Lowe, Justin admitted he had been “reckless” in past relationships. He even admitted to his wife before they married, “‘Listen, I’m still really hurt and still trying to figure out my way, and I’m not ready to make a commitment to you in a way that … I just don’t want to say something and do the opposite’. I was at the point where I’d done that in the past. And I just was honest with her, I was like, ‘I’m not in a place to be faithful,’ and all this sort of stuff, that I wanted to be – but I just wasn’t there yet.”

Naturally, Selena felt incredibly “vindicated” by Justin’s admission of his past wrongdoings. However, “that doesn’t take back all that happened while they were together,”

But “instead of rehashing things over and over,” Selena chose to channel her energy through her creative pursuits, and subsequently released her album Rare on Jan. 10, 2020.

Following the incredible success of her album, Selena has a lot more in store for her fans. Along with her acting pursuits, Selena is now entering the business world with her Rare Beauty line. Selena giddily made the announcement on Feb. 4 during an Instagram live session with her fans and couldn’t have appeared more excited for what the future holds. Clearly, Selena is entering 2020 with a lot of confidence and a new lease on life. Fans cannot wait to see what she does next!