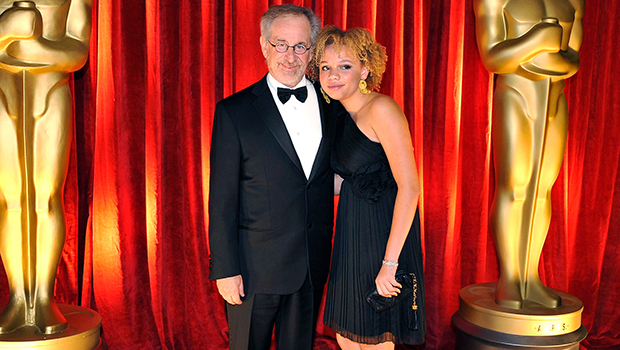 Steven Spielberg‘s 23-year-old daughter, Mikaela Spielberg, isn’t following the same road that her parents traveled. Instead, Mikaela is taking her own unique path into the world of entertainment by announcing that she will be producing her own solo adult films, according to a profile from The Sun. Steven, who has won three Oscars in his storied career, is considered one of Hollywood’s most elite filmmakers currently working. He and his wife, Kate Capshaw, adopted Mikaela, who was born on Feb. 28, 1996, when she was only an infant. Despite the incredible star power of her parents, Mikaela has chosen to pave her own path through the film world. Here are five things you need to know about Mikaela Spielberg.

1) She has already started to build her career. Mikaela has already begun the process of producing solo adult films and, ideally, would like to be an exotic dancer once she obtains her sex worker license. In her profile, Mikaela described how she feels by “doing this kind of work, I’m able to ‘satisfy’ other people, but that feels good because it’s not in a way that makes me feel violated.”

2) Mikaela is engaged. The rising star is engaged to Chuck Pankow. While little is known about her partner, Mikaela reiterated that she’s planning on working on solo projects so as not to put her relationship in jeopardy. “I don’t want to do anything outside of solo stuff is because I feel like it would be a violation of my boundaries and my relationship with my significant other.”

3) Mikaela is quite active on the social media platform Instagram. Mikaela regularly posts selfies, notes and even artwork that she has done to her personal Instagram account. As of the publishing of this article, Mikaela has roughly 1,900 followers and goes by the name “Vandal Princess.” In her Instagram bio, Mikaela describes herself as a “plus sized pixie.”

4) Her parents are supportive of her career move. Mikaela confessed to her parents, Steven and Kate, that she was planning on making the drastic move to adult entertainment during one of their weekend FaceTime sessions. The 23-year-old shared that her parents were “intrigued” but they were not “upset” by her choice.