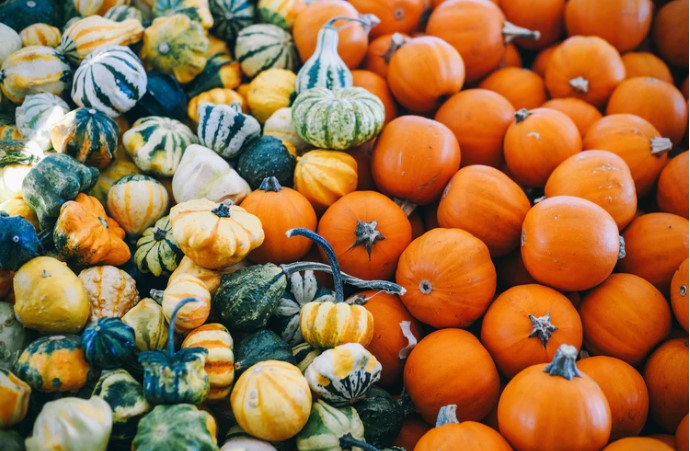 Pick the best produce with these science tricks

If you’ve ever stared at a pyramid of watermelons and just grabbed the one on top, keep reading. You and your probably-subpar fruit could use a lesson or two in how to select the ripest, juiciest melon at the market.

Produce selection is one of those valuable life lessons most people never get. And honestly, a lot of folks don’t even know what they’re missing. If you didn’t grow up eating fresh summer corn picked that morning, peaches plucked right off the tree, or strawberries you harvested yourself, you probably don’t know how great fruit can taste. Lots of grocery store stock won’t ever taste as good as the haul you’ll get from a farmer’s market (or, better yet, at the farm itself), but a little know-how can help you find the best of the lot—and understand when to skip out.

What makes a fruit ripe, anyway?

This seems like where we should start, but it’s actually one step too far. First, we have to define what a fruit is, that will help you understand why we’re not also going to talk about how to pick out ripe vegetables.

Scientifically and botanically speaking, fruits are reproductive bits—they’re how plants spread their seeds. Vegetables are, basically, everything else. When you chow down on asparagus or some nice, crunchy iceberg lettuce, you’re eating a part of the plant nature didn’t really intend for you to eat.

“Their ultimate goal is to produce a seed, but humans came along and modified it, and said let’s make the leaves lush, and soft, and tender,” says Marvin Pritts, a professor of plant science at Cornell’s College of Agriculture and Life Sciences. “The original species wasn’t that good—it was edible. We’ve made it taste good.”

Because vegetables are somewhat artificially produced for humans, it’s not a guessing game to know when exactly the product will be ready. Once they’re the size you want, you can pick them.

“Farmers don’t harvest vegetables until they’re ready, and then it’s just a race against time,” says Patrick Ahern, who’s one of the folks in charge of buying produce for Baldor Specialty Foods, one of the largest fresh produce distributors in the Northeast. “Every minute after that, it gets worse.”

Ahern’s advice for the best veg is to buy it as close to the source as possible and to eat it right away (or store it properly if you need to save it). It’s a good sign if greenery is still attached to veggies like carrots, since it’s a clue that the produce was harvested within the last few days (Ahern says this is why high-end chefs often only buy carrots with the tops still on). But overall, vegetables will keep a lot longer and better than any fruit.

This brings us back to what the heck a fruit does when it ripens. A plant’s ultimate goal for its fruit is to get you to eat it, since for millions of years “you” were an animal who was going to poop out the seeds, thereby spreading the plant around. We’ve interrupted that chain with our newfangled sewage systems, but plants haven’t figured that out yet. They still produce fruits that are luscious and ready to eat precisely as the seeds become mature. Pitts says up to 10 percent of a plant’s genes are for controlling ripeness, which is a tribute to exactly how complex and important the ripening process is.

As a fruit grows, it accumulates nutrients, water, and, in some cases, starch, but it stays green to blend in with surrounding leaves until the seeds are mature. Only once it’s ready to be eaten will the chlorophyll break down, revealing the true color underneath. Simultaneously, the starches will

change into sugars and the fruit will begin producing aromatic compounds, which give it its characteristic flavor. That’s ripening.