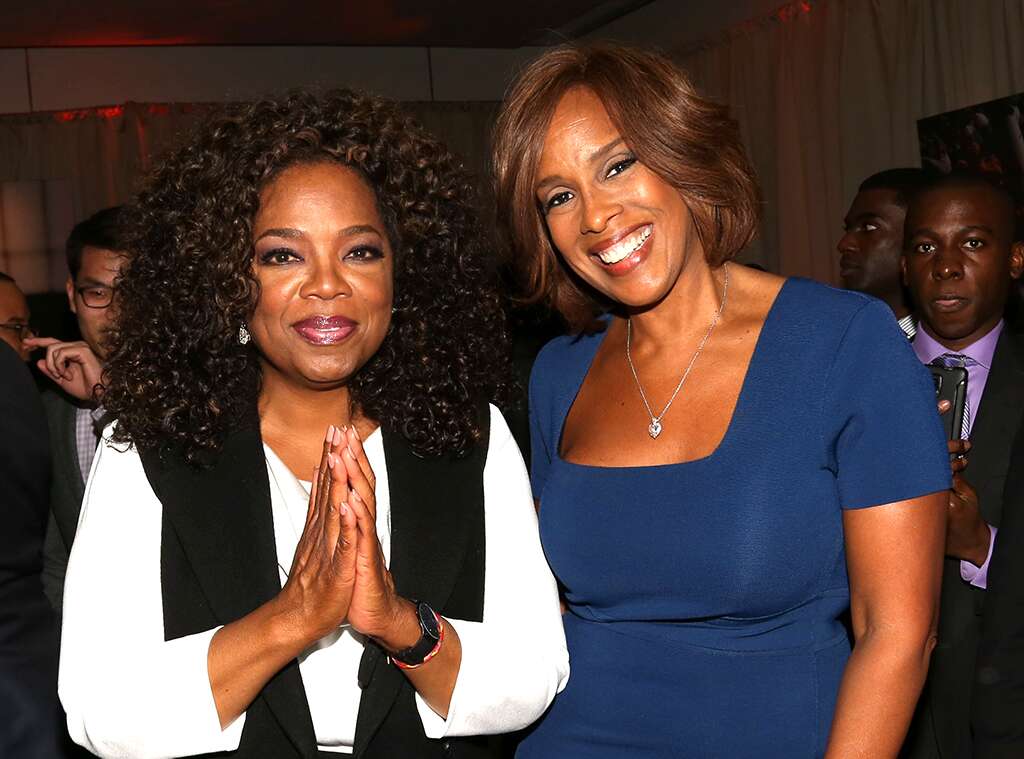 Through thick and thin, Oprah Winfrey will always have Gayle King’s back. Earlier this week, the CBS This Morning host came under fire following her interview with Lisa Leslie, in which King seemed to press the retired WNBA superstar about Kobe Bryant’s 2003 rape charge. After fans of the Lakers legend began slamming her online, Gayle addressed the controversy on IGTV, saying that the snippet from their conversation had been taken out of context by the network. Now, while criticism continues to pour in—from 50 Cent, Snoop Dogg and even imprisoned Bill Cosby—Oprah is speaking out and defending her longtime pal.

“She is not doing well,” the media mogul said as she choked back tears on Today with Hoda Kotband Jenna Bush Hager. “She is not doing well because she now has death threats and has to now travel with security. She is feeling very much attacked. Bill Cosby is…tweeting from jail.”

“She’s not doing well and feels that she was put in a really terrible position,” the 66-year-old continued. “In the context of the interview, everyone seemed fine, including Lisa Leslie. It was only because somebody at the network put up that clip. I can see how people would obviously be upset if you thought that Gayle was trying to just press to get an answer from Lisa Leslie.”

.@Oprah emotionally responds to backlash her friend Gayle King received over King’s recent interview about Kobe Bryant with WNBA legend Lisa Leslie: “She is not doing well because she has now death threats.” pic.twitter.com/M8HrCp8vTr

For her part, Oprah is upset with the way people are slamming Gayle, citing the “hate” and “meanness” the Emmy winner has been receiving. “I think anyone can criticize anything, but the misogynist vitriol and the attacking to the point where it is dangerous to be in the streets alone because it’s not just the people who are attacking…” she told Hoda and Jenna during their live audience show. “It’s the other people who take that message and feel like they can do whatever they want to because of it.”

On Tuesday, CBS aired Gayle’s interview with the retired athlete, however it wasn’t until the following day when a clip was shared on social that it went viral. In a now-controversial moment, the host is seen asking her guest about Kobe’s “complicated” legacy, bringing up his since-settled rape case on multiple occasions.

“I think the media should be more respectful at this time,” Lisa said. “It’s like if you had questions about it, you’ve had many years to ask him that. I don’t think it’s something that we should keep hanging out his legacy.”

Addressing the scandal herself, Gayle said she was “mortified” by how the conversation was misinterpreted.  “Unbeknownst to me, my network put up a clip from a very wide ranging interview, totally taken out of context and when you see it that way, it’s very jarring,” she admitted. “It’s jarring to me. I didn’t even know anything about it. I started getting calls, ‘What the hell are you doing? Why did you say this? What is happening?’ I did not know what people were talking about.”

“For the network to take the most salacious part, when taken out of context, and put it up online for people who didn’t see the whole interview is very upsetting to me,” she continued. “That’s something I am going to have to deal with with them. There will be a very intense discussion about that.”

Shortly after, in a statement to E! News, CBS also addressed the drama. “Gayle conducted a thoughtful, wide-ranging interview with Lisa Leslie about the legacy of Kobe Bryant,” read the message. “An excerpt was posted that did not reflect the nature and tone of the full interview. We are addressing the internal process that led to this and changes have already been made.”