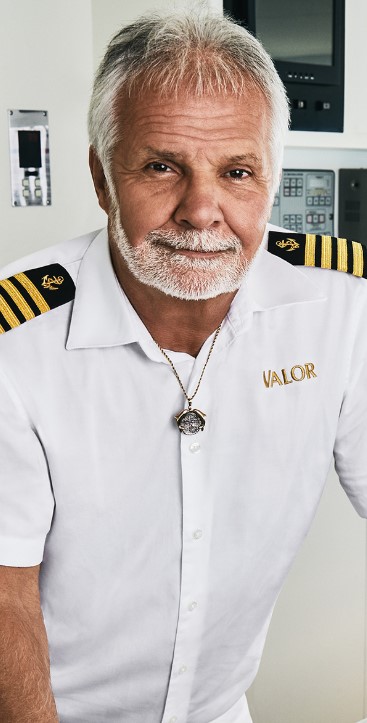 Below Deck’s Captain Lee Walks Off Set While It’s the Men Vs. Women in Tense Reunion Trailer

Captain Harold Lee Rosbach won’t go down with this ship.

In this exclusive sneak peek from Monday’s Below Deck reunion part one, Andy Cohen teases “drama on the high seas” and “rough waters ahead” in regards to the crew’s ongoing issues. In fact, the drama becomes too much for even Below Deck’s longtime captain as he’s seen storming off the set.

But, more on that later…

As E! readers surely know, Below Deck’s 7th season has been chock-full of drama. Case in point: the season finale featured Kevin Dobson kicking sand in Kate Chastain’s face. Of course, this wasn’t the only drama that unfolded this season and it seems the crew will air their many grievances during the reunion.

“What I did was stupid and immature,” Tanner Sterback is heard saying in the new footage above.

Although, not everyone is apologizing for their behavior while filming.

“When you were gyrating in a speedo, I already worked my way up to Chief Stew,” Chastain retorts.

Still, it’s predominantly the men vs. the women during the Below Deck reunion.

After all of this back and forth, it isn’t surprising to see Captain Lee walk out of the reunion. But, will he be back?

“I’m done putting up with this s–t,” Captain Lee exclaims.

For a first look at the stormy reunion, be sure to watch the teaser above!

Below Deck airs Mondays at 8 p.m. on Bravo.