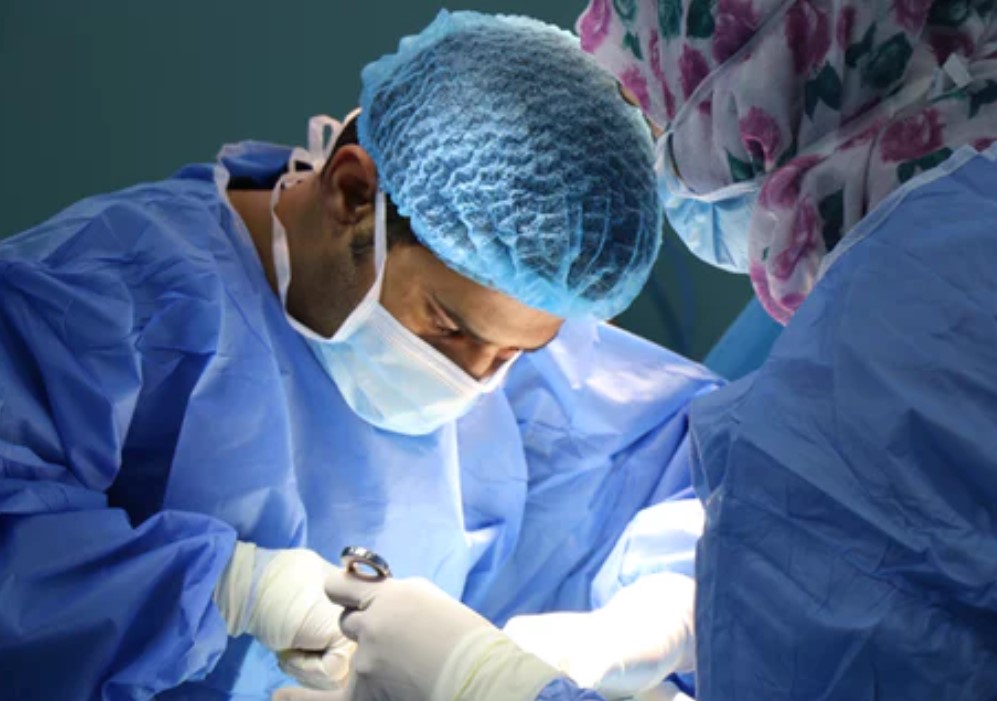 The rate of colon cancer among Americans spikes sharply between the ages of 49 and 50, a new study finds — supporting the case for earlier screening for the disease. Researchers say the uptick between those two ages does not reflect an actual increase in the occurrence of colon cancer but the fact that screening for the disease has traditionally begun at age 50. So “latent” cancers that had been present for some time are caught at that age. Experts said the findings could have implications for colon cancer screening recommendations, which at the moment are conflicting.

For years, guidelines from various groups said that people at average risk of colon cancer should begin screening at age 50. Earlier screening was reserved for people at increased risk. But in 2018, the American Cancer Society lowered its recommended threshold to age 45, largely due to a rising incidence of colon cancer among younger Americans. But the U.S. Preventive Services Task Force — which sets federal screening standards — still recommends a starting age of 50 for people at average risk.

Given the debate, Dr. Jordan Karlitz said his team wanted to take a closer look at how Americans’ colon cancer rates change by yearly increments in age. Past studies, he explained, have looked at age blocks, like 45 to 49 and 50 to 54. A year-by-year look, Karlitz said, could give a clearer picture of what’s going on among people in their 40s. It has long been suspected that incidence of colon cancer in that age range is higher than statistics show, because most people in their 40s are not screened.

The researchers expected to see an increase in colon cancer between age 49 and 50. What they found was a 46% rise.

“It was a steep uptick,” said Karlitz, an associate clinical professor at Tulane University School of Medicine in New Orleans. “We expected we’d see something, but not to that extent.”

The pattern probably reflects cancers that started before age 50 — even years before — but weren’t caught until screening started, according to Dr. Umut Sarpel. Sarpel, who was not involved in the study, is an associate professor of surgical oncology at Mount Sinai’s Icahn School of Medicine in New York City.

“The results of this study support efforts to lower the screening age to less than 50 years,” Sarpel said.

The findings, published online Jan. 31 in JAMA Network Open, are based on government cancer data for 2000 through 2015. Karlitz’s team focused on colon and rectal cancer rates among 30- to 60-year-olds. During that period, the rate among 49-year-old Americans was just under 35 cases per 100,000 people. That jumped to 51 cases per 100,000 among 50-year-olds, the investigators found. The vast majority of cases caught at age 50 — nearly 93% — were invasive, which means they would probably require more extensive treatment and had likely been there for some time.

Statistics show that most colon cancers are diagnosed after age 50. However, the rate among younger Americans has been on the rise, for reasons that remain unclear. An American Cancer Society study found that since the mid-1990s, colon cancer rates among Americans aged 20 to 54 have been steadily inching up — by between 0.5% and 2% each year. Rectal cancer has risen faster, by 2% to 3% per year.

“It has been known for approximately 15 years that rates of colon and rectal cancers are rising among young patients,” said Dr. Joshua Meyer, a radiation oncologist at Fox Chase Cancer Center in Philadelphia. “This appears to be true both under age 40 and between age 40 and 50.”

What has been unclear, Meyer said, is how long colon tumors may be growing when they are finally caught through screening.

“This study makes it clear that these have been growing for a number of years,” said Meyer, who was not involved in the research. The increase between ages 49 and 50 was seen not only for cancers confined to the colon and rectum, but also for regional cancers — meaning the disease has spread into nearby lymph nodes. There was also a small increase (just under 16%) in the most-advanced cancers — those that have spread to distant sites in the body.

Meyer said it’s concerning to see a rise in more-advanced cancers. The findings support “consideration of lowering of the screening age for colorectal cancer,” he said.

Researcher Karlitz said he hopes the results “shed light” on the fact that colon cancer is more common among people in their 40s than the statistics suggest.

For now, he said that people should discuss the best screening strategy, including starting age, with their doctor. And everyone — no matter how young they are — should act on potential cancer symptoms, Karlitz stressed.

Some potential red flags include a persistent change in bowel habits; abdominal pain or cramping; stool that is dark or has visible blood; and unintended weight loss.