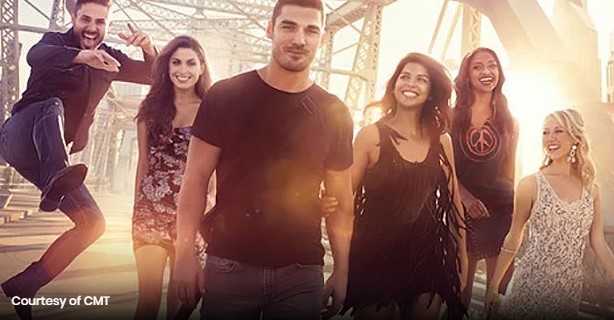 Music City returns with back-to-back episodes on Jan. 3, and there’s even more drama to come than what we saw during season 1 in 2018. “The first season was great, but this is on a different level,” cast member, Alexandra Harper, told HollywoodLife EXCLUSIVELY. “It’s really good entertainment, but it’s also really relatable. There’s a married couple, there’s a relationship that literally formed on the show and now they’re fighting, and then there’s me and Jackson [Boyd], ho are related. There’s all this different stuff going on and I think people like to feel like their life is somewhat similar to something, and they can relate to it.”

Rachyl Degman, who stars on the show with her husband, Kerry Degman, also added, “There’s way more drama and passion involved [this time]. We all knew each other before season one, but we got closer and closer.” This season, Rachyl and Kerry’s relationship will be put to the test when an old friend, Jeremiah [Carter], comes back into town, and things get a little “too close” between him and Rachyl. “[Kerry]’s going to have to re-watch some pretty hard stuff,” Rachyl admitted. “I don’t know if he’ll watch those scenes. I’ve told him it’s fine either way, if he wants to just fast forward.”

For Alexandra, the drama is with her cousin, Jackson. “It’s a lot of me and Jackson butting heads this season,” she explained. “In the last half a year, we’ve just been butting heads about things and going through a rough patch. Obviously, we’re like brother and sister. When we get in fights…there’s times we haven’t spoken for two months before. So I’m dealing with things with him and trying to counsel him on his relationship with his new girlfriend, Baylee Pirtie. There’s just a lot of drama going on there!”

We also caught up with Alisa Fuller, who managed to stay out of a lot of the season one drama, but won’t be able to avoid it this time. “The end of season one, I kissed Bryant [Lowry] on New Year’s Eve, and he and I dated for a little bit after that,” she revealed. “Then, he had a photographer girl that was kind of a little bit…too close for comfort. This season, obviously he and I don’t work out, and you get to see how we end. But it’s more drama for he and I after the relationship because I was finding things out that I didn’t know while he and I were together. I yell at him a lot and I yell at the photographer.”