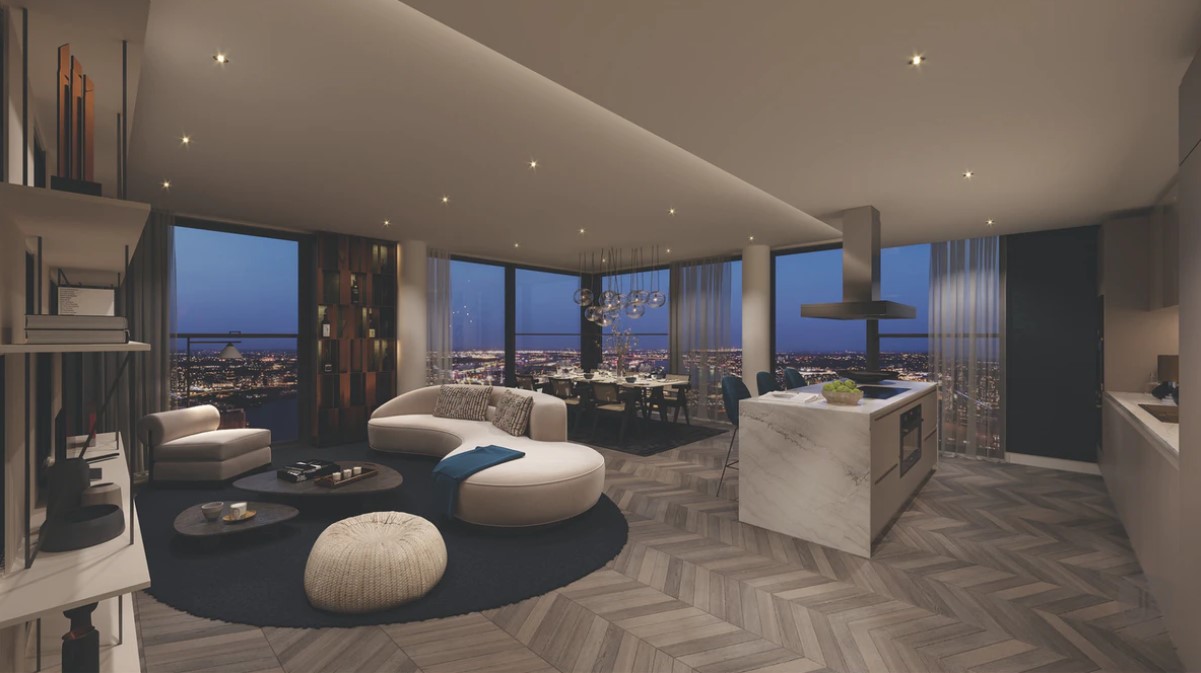 Two Manhattan condos asking over $30 million went into contract last week, the first and only deals of that magnitude in the city since a hike in the mansion tax went into effect on July 1. The two units—both along New York City’s so-called “Billionaire’s Row,” including the designer Tommy Hilfiger’s Plaza Hotel penthouse—stand in stark contrast to a trophy property market that has virtually ground to a halt in the face of myriad tax changes affecting Manhattan’s real estate market.

The slowdown has particularly hit downtown, including SoHo and Tribeca, as the vast majority of luxury deals have taken place uptown since the new transfer taxes went into effect, according to data Compass Real Estate compiled for Mansion Global. The data includes all new contracts signed and closed sales for homes asking $4 million or more between July 1 and Oct. 15. During that time, only one in four luxury deals took place below 34th Street.

The new progressive mansion tax raised the cost of buying homes over $2 million, with a top rate of 3.9% on homes that cost $25 million or more. Add to that a separate state transfer tax, and buyers of the city’s priciest homes are shelling out 4.55% in total—well over $1 million. As a result, luxury deals plummeted from 640 in the 14-week period before the new taxes to just 242 since July 1, according to the Compass data

Two ZIP Codes that span uber-trendy Tribeca and parts of SoHo accounted for a meager 2% of the 242 luxury sales and contracts since July 1. By comparison, the highly discounted Upper East Side has become the luxury market’s busiest neighborhood, accounting for 36% of all deals of $4 million or more since the new mansion tax, according to the data. The Upper West Side has replaced Greenwich Village-Soho as the second busiest neighborhood, accounting for 12% of such deals in that time.

“There was the Tribeca rush,” said Michael J. Franco, an agent with Compass. “But from personal experience, Tribeca has stalled.”

Mr. Franco said he’s working with two families selling in the Greenwich Village-Chelsea area who are moving uptown, one family to the Upper East Side and the other to Harlem. Besides favored school zones that have long attracted people to the Upper East and Upper West sides, tax-wary house hunters are also finding greater negotiability in those areas, agents said.

“Buyers are just so price sensitive right now,” said listing agent Lisa Chajet of Warburg Realty. “It makes sense that Billionaire’s Row and Tribeca are not selling because they are all new developments priced above $5 million—and that market has died.”

Indeed, the number of deals for trophy homes since the mansion tax are roughly half what they were during the same period last year, according to Donna Olshan, president of Olshan Realty and author of a weekly round-up of new pending luxury sales.

And there hadn’t been a single recorded deal for $30 million or more until two homes went into contract just last week. Mr. Hilfiger’s home has since closed for $31.25 million, a shocking 61% price cut from the $80 million he asked in 2014. The second major pending sale is a penthouse at the Mandarin Oriental tied to fugitive financier Jho Low—the alleged mastermind behind the 1Malaysia Development Berhad scandal. The apartment, which is being sold as part of a U.S. forfeiture case over the alleged multi-billion-dollar heist, went into contract last Monday and is asking $30 million, Mansion Global has previously reported.

In the absence of big-ticket closings, the median price of a luxury home clocked in at $4.795 million in the three months after the tax change, a 22% decline from three months prior and 17% lower than last year, according to appraisal firm Miller Samuel, which defines luxury as the top 10% of sales.

But demand for luxury homes was declining well before the transfer tax hike, which only exacerbated what many view as an increasingly unfavorable tax environment for the city’s most affluent residents. Federal tax reform enacted in 2018, which effectively eliminated state and local tax, known as SALT, deductions for high-income earners, dealt a considerable blow to high-tax metro areas such as New York City

“I think more than anything, the big bite came from the SALT tax,” Ms. Olshan said

As a result, some affluent New Yorkers are responding to higher tax bills by reducing their housing budgets, if they’re interested in buying at all, said Frances Katzen, an agent with Douglas Elliman.

“Owning a luxury property once meant arrival into the wealthy class—now it’s becoming a liability,” said Frances Katzen, an agent with Douglas Elliman. “The higher luxury market is getting pummelled.”