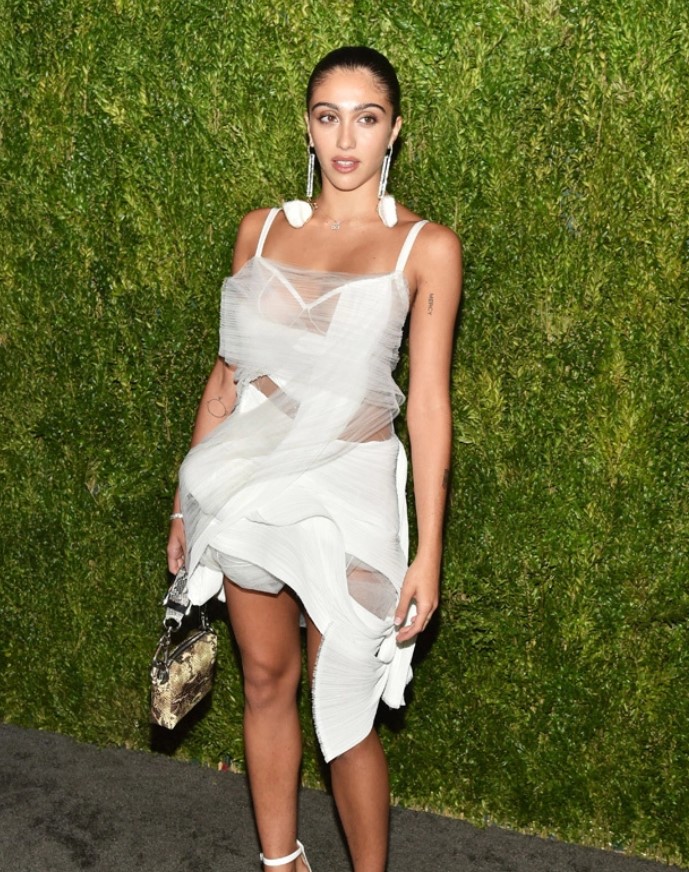 Like mother, like daughter? Lourdes Leon, 23, took a page out of mommy Madonna‘s legendary Sex book by being involved in a simulated “orgy” during the star-studded Art Basel event in Miami on December 6. It was part of Desigual’s show at the annual gathering where Lourdes and fellow models entangled in a near-naked display that was nothing short of shocking to witness (see the NSFW footage here). Everyone involved cleverly covered up their private areas but bared all when it came to exhibiting a ton of sexuality for the graphic public display that left social media stunned after seeing the footage. “Ummmmmmmmm,” Mean Girls star Danny Franzese, 41, wrote in L’Officiel USA Editor-in-Chief Peter Davis‘ Instagram comments section next to the clip while another jokingly chimed in with “Gotta sell that merch somehow.”

Miami seems to be the place where people forget most of their clothes… especially during Art Basel. Kendall Jenner, 22, Bella Hadid, 23, and Kourtney Kardashian, 40, have all been seen in various stages of next to nothing in the Southern Florida city while the fashionable and artsy event was taking place.

Lourdes has developed a reputation for being provocative at public events. She wore just a seashell bra and showed off her hairy legs at the Gypsy Sport Spring Summer 2019 showcase during New York Fashion Week in September 2018.

Her mother Madonna has made a career out of being controversial way before her eldest child was born. Memorable moments included her video “Justify My Love” being banned by MTV for being too suggestive and her shocking performance of “Like a Virgin” at the 1984 MTV Music Video Awards. Dennis Rodman, 58, just dropped a wild claim that the “Material Girl” offered him $20 million dollars to impregnate her in the 90’s.