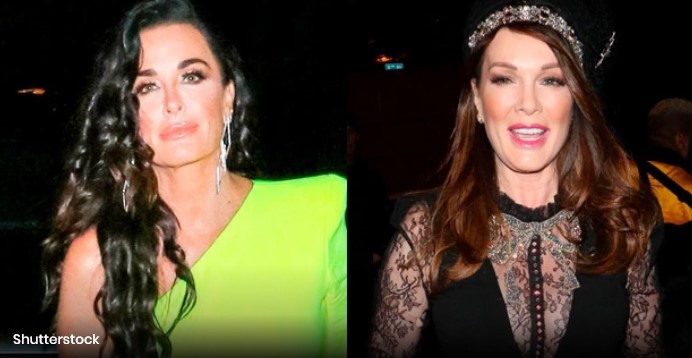 With several new and familiar faces filming The Real Housewives Of Beverly Hills for season 10, it’s crazy to think that there have been rumors swirling for weeks now that the drama is not what it once was due to the exit of Lisa Vanderpump, 59. After all, the ladies appeared to be all smiles on multiple occasions on their recent cast trip to Rome. We’re happy to report that is going to be far from the case when the hit show returns to Bravo sometime in 2020 with one of the show’s OG’s, Kyle Richards, 50, admitting it’s taking a toll on her mental health in a big way. “Rome was insane,” Kyle told HollywoodLife EXCLUSIVELY on Dec. 6 at the iHeart Radio Jingle Ball concert at The Forum in LA. “It just gives me anxiety. I have anxiety because this show is very stressful and when there’s a lot of drama, it causes me anxiety and I need to take a step back and take a breath right now.”

We reported earlier this month that Denise Richards, 48, and husband Aaron Phypers, 46, have been at the center of a lot of the drama and issues so far during filming. Though Kyle couldn’t reveal too much since she’s in the thick of filming, she did hint that it involves the entire cast butting heads “There’s a lot of people not talking,” Kyle said. “There’s a lot of drama, more than we can handle right now.”

And about those rumors that this season will be a snooze fest because of LVP’s absence? Kyle is quick to say she’s not paying any attention to the chatter and teases exciting times ahead in the 90210. “I think that I’ve never heard that rumor and all I know is it’s not true,” Kyle revealed. “So people will have to stay tuned to find out.”