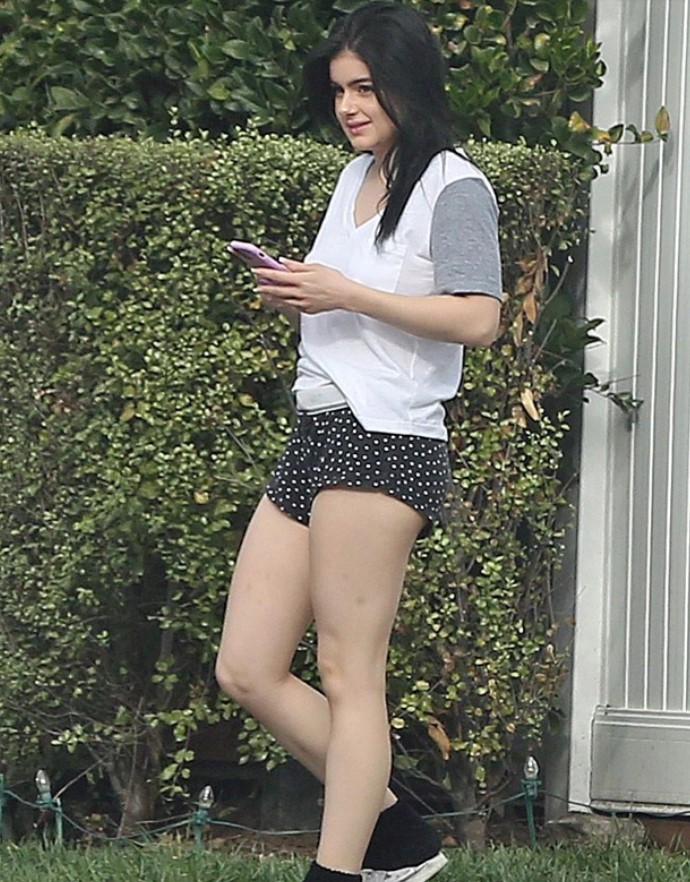 Makeup free and gorgeous! Ariel Winter, 21, proved she looks beautiful no matter what she’s wearing, when she went outside on Saturday, Dec. 7, in nothing but extremely short shorts and a casual shirt with a makeup-free face. The Modern Family star was pictured going for a stroll in Los Angeles while carrying a food delivery. It looks like this gorgeous actress ordered some food from Postmates, and we can’t blame her. If it’s the weekend, we’re probably ordering from Postmates as well.

Alas, Ariel’s outing comes just a few days after she reunited with her ex-boyfriend, Levi Meaden, in LA on Nov. 25, despite having split in August. She started dating the Agents of S.H.I.E.L.D. star, 32, in November 2016, and they ended up sharing a home during the course of their romance. Sadly, things didn’t work out for them, but it’s nice to see that they’ve remained friends. They were also pictured together on Oct. 20, so when we say things are cordial between them, we mean it.

“Ariel seems to want to try to live a much quieter personal life,” an insider told HollywoodLife EXCLUSIVELY at the time of their split. “She ended the relationship because she felt it had run its course and she wasn’t feeling the same way anymore. It looks like she doesn’t really see them getting back together again.”

And now, Ariel seems to be doing just fine — with or without Levi. She’s also keeping up with her fitness, as she recently opened up about always showing off her incredible figure. Ariel admitted she started losing weight after she changed the antidepressant medications that she was on. “It happened really quickly,” she said. “I didn’t change my antidepressants because I wanted to lose weight. I got inspired to actually find a medication that helped me as a person and did all the things I wanted it to do.”