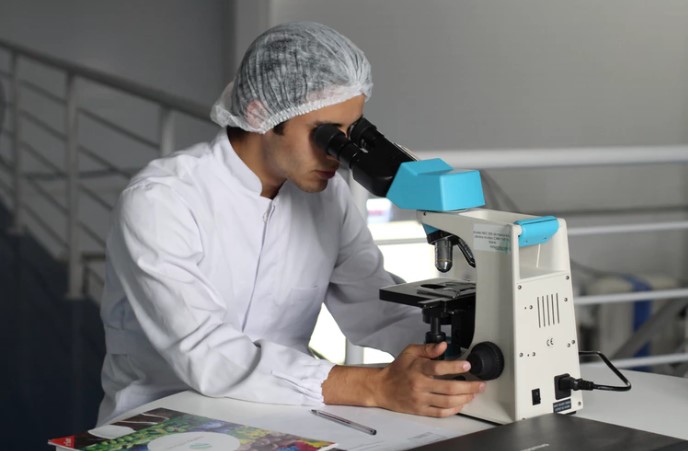 Leprosy is a disease most people think ended in the Middle Ages, but a new study shows that it’s not a thing of the past. Mayo Clinic researchers wanted to understand how common it was in their clinic after a patient was diagnosed with the disease in March 2017. In the clinic’s electronic health records, they found nine patients diagnosed with leprosy over a 23-year period. The study authors emphasized that, though it’s rare, the disease should still be considered when diagnosing patients.

“This is not a disease that the average person in the United States has to worry about, but if they develop a rash and have extensive travel to a place where it is common, then they should bring it to the attention of their provider,” said study author and dermatologist Dr. Spencer A. Bezalel.

According to the World Health Organization, those places include the Democratic Republic of Congo, Ethiopia, Madagascar, Mozambique, Nigeria, Tanzania, Bangladesh, India, Indonesia, Myanmar, Nepal, the Philippines, Sri Lanka and Brazil. Each of those countries reported 1,000 new cases of leprosy, also known as Hansen’s disease, in the past five years.

Globally, over 200,000 cases of leprosy are diagnosed every year, according to the US Centers for Disease Control and Prevention. In the United States, there are just 150 to 250 cases diagnosed annually.

The rarity of leprosy in the United States is why it is so often missed, with the average diagnosis taking more than two years, according to Dr. Abinash Virk, study an infectious disease specialist and author of the new study. Depending on the kind of leprosy and the patient’s reaction, the skin lesions can look like vitiligo, psoriasis or even common dermatitis. What is different about leprosy is a loss of sensation.

“The physician in India who is familiar with leprosy would see a patch and quickly do a test for a loss of sensation. Here, you wouldn’t even test for loss of sensation, because it’s not that common to see,” said Virk.

She added that once a biopsy is done, it becomes “very obvious that something is different,” even if the pathologist is not specifically looking for the mycobacterium leprae or mycobacterium lepromatosis bacteria that cause leprosy.

The disease is treatable with a multidrug regimen that includes months or even years of antibiotics, Virk said. It is almost always successful, although patients may have autoimmune reactions as the bacteria that cause leprosy are broken down.

If left untreated, the results can be disfiguring, including paralysis of the hands and feet, according to the CDC. “In very advanced cases, the person may have multiple injuries due to lack of sensation, and eventually the body may reabsorb the affected digits over time, resulting in the apparent loss of toes and fingers,” the agency says. “Corneal ulcers or blindness can also occur if facial nerves are affected, due to loss of sensation of the cornea (outside) of the eye.” Damage to the septum can result in “saddle nose deformity,” and there can be a loss of eyebrows.

However, Dr. Ramanuj Lahiri, a microbiologist and principal investigator at the National Hansen’s Disease Program’s Laboratory Research Branch, wants doctors to know that it is highly treatable. He was not involved in the new research.

To develop leprosy, someone would need to be in contact with an infected individual for an extended period of time, and even then, the chances of infection are very low. According to the CDC, 95% of people have natural immunity.

The infection can also be transmitted by armadillos. It is thought that these mammals’ low body temperature and fatty tissue make them an ideal growing place for the bacteria that cause leprosy. The preference for lower temperatures may also explain why extremities such as noses, ears and finger tend to be most affected by the disease.

Theories abound, but how people are infected by leprosy is not fully understood, “It’s pretty interesting, a disease that’s been around forever, but we don’t really know that much about it. We don’t even really know why it’s transmitted,” Bezalel said.

Bezalel added, “there are a lot more common things that can harm you and to be scared of in the US than leprosy.”