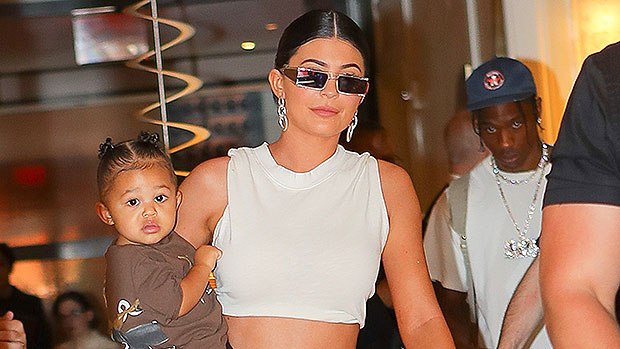 Stormi Webster is a fashionista, just like her mom! Kylie Jenner shared the most adorable photo of her 23-month-old daughter rocking a fit that paid tribute to a very famous musician.

It may be early, but Stormi Webster, 23 mos., looks ready to hit Coachella! Rocking a spray paint cactus T-shirt, jeans adorned with colorful David Bowie faces and yellow sneakers with blue shooting stars, we could totally envision Kylie Jenner’s Jan. 10 photo of her daughter making Vogue’s annual “Coachella Street Style” roundup. That’s right — Stormi’s outfit for a normal January afternoon is just as cool as any influencer’s meticulously planned ensemble for the April music festival! It was also extra sweet for Stormi and Kylie to pay tribute to David on Friday, since it was the iconic musician’s death anniversary.

Kylie, however, didn’t care to add style commentary in her caption. Instead, she left an incredibly sentimental note: “Love of my life.” Kris Jenner’s boyfriend, Corey Gamble, could relate, because he commented, “Me too.” Stormi really is Kylie’s soulmate, because the mom-daughter duo is always together: on Jan. 7, they painted in the backyard, and the next day, Kylie shared a video of them cuddling in bed.

Kylie and Stormi never run out of things to do together, so naturally, Kylie’s sense of style has rubbed off on her mini me. The Kylie Cosmetics CEO is even our fashion role model! She looked incredible in photos of her rocking a figure-hugging, blue tie dye dress on Jan. 9, and we love that the billionaire never shies away from a wild print or fabric color. No wonder Stormi already has such a presence on the toddler streetwear scene! 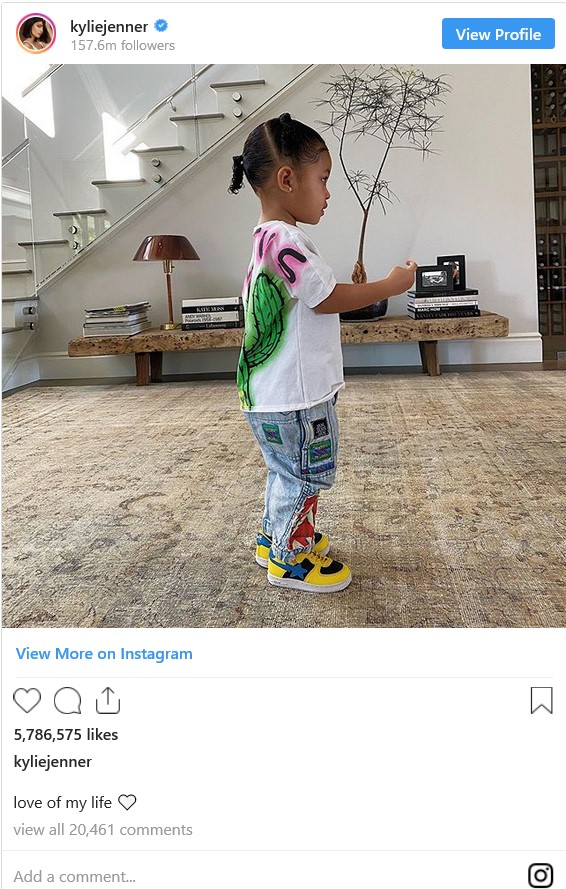 Just as Kylie’s caption indicates, the love of her life doesn’t need to be a romantic S.O. “Right now Kylie is focusing on herself and her daughter and co-parenting and those are really her only concerns,” a source close to the family EXCLUSIVELY told HollywoodLife at the beginning of 2020, three months after a report of her split from Stormi’s dad, Travis Scott, 27, surfaced.

Kylie already has a lot on her plate, since she doesn’t pass down all parenting duties to nannies. “Kylie Jenner hasn’t at all struggled as a single mom. She’s thriving and though she has help from nannies, she is very hands on, changing diapers, and taking Stormi to the local park,” another source, who’s close to Kylie, EXCLUSIVELY HollywoodLife. The insider added, “She’s spotted often walking Stormi in her toy cars or a stroller in her neighborhood with a bodyguard multiple times a week.”