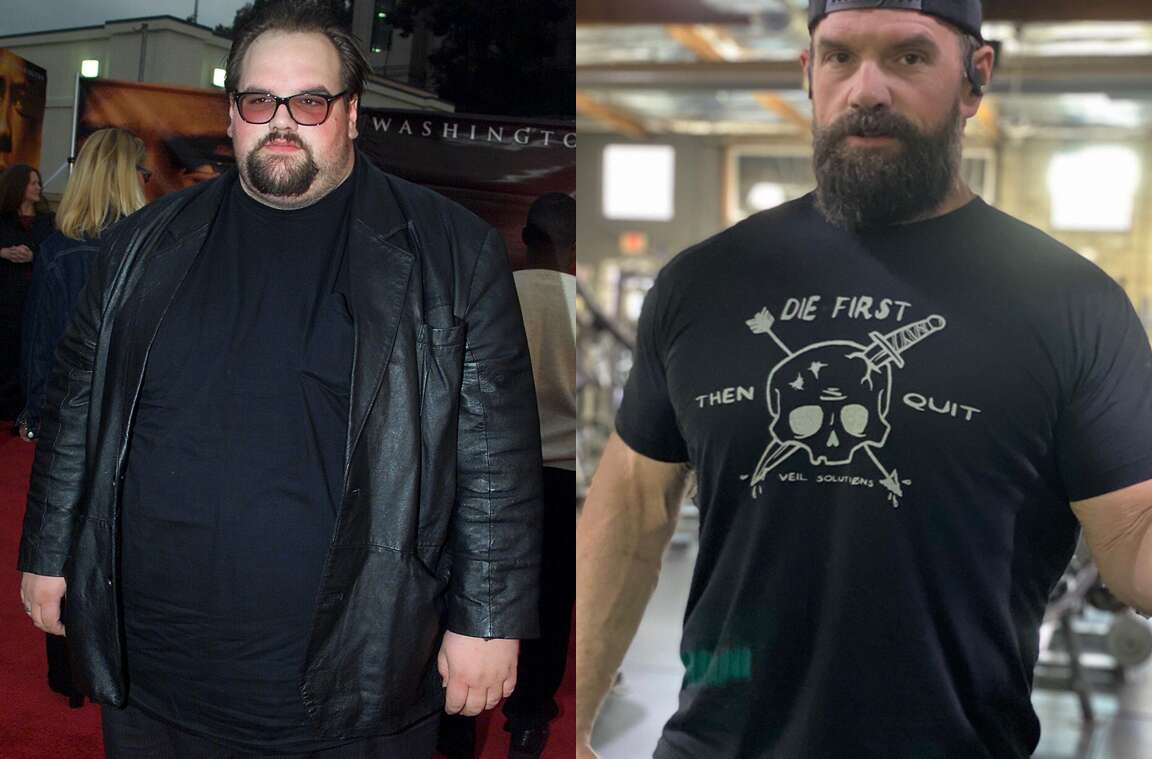 The Remember the Titans star is impressing and inspiring dozens of people after showing off his impressive body transformation. For many years, the star was known as the overweight football player on Remember the Titans or the dim-witted Randy from My Name Is Earl, but Ethan’s no longer letting his appearance dictate who he is.

Back in 2018 he went on actor Joey Diaz’s podcast, The Church of What Is Happening Now, and revealed he was around 500 pounds in 2001. At the time of his interview with his former My Name Is Earl co-star, he said he was 300 pounds, although a year prior he’d weighed around 220 only to intentionally gain the weight back. “I actually felt too thin at 220,” he shared.

On his newly premiered podcast American Glutton, the star says his weight wildly fluctuated throughout his entire life.

The actor, who recently starred in Edward Norton’s Motherless Brooklyn, reveals that his unhealthy relationship with food started when he was just a boy. “I guess the first diet I was ever on, I was 5-years-old. I had not thought about food really other than enjoying food up until that point. I went to visit my grandparents in Vermont and they were kind of shocked at the state of me. Now back then—this was like late ’70s, early ’80s—the fat version of me at 5-years-old was probably close to what the average is today, but back then it was startling. You know, there weren’t a lot of fat kids back then, certainly not as many as there are now,” he explains. “So they weighed me and they were just shocked. I don’t know what the numbers were but their response was not good and they started limiting my food.”

Ethan says this experience led him to believe that “food was something people didn’t want me to have.” As a result, he says he would binge eat multiple meals in private.

By the time he was ten, he weighed more than 200 pounds. This was a breaking point for his father, who decided to put him on a liquid diet comprised of protein shakes and diet soda. But once again, he shares circumstances made it difficult for him to keep the weight off. “I was losing weight. I was fine with it and my mom didn’t like it so she pulled me off of it. Then, I had a big upsurge of weight gain and I kind of didn’t think about weight loss again until I was like 20.”

For much of his teen years, Ethan says he would indulge in food, drinks and drugs, which only served to increase his health problems.

Eventually, the star began work on a project in Romania, where he once again started the liquid diet. That worked for a few months, resulting in the loss of 50-60 pounds.

Since then, he’s experienced with a range of diets: blood-type diet, South Beach diet, Atkins, Keto. You name it, he did it. During his most successful period he dropped at least 210 pounds, but this was mostly because he was riding “100-miles a day, six days a week.” He describes his physical appearance as being “skin and bones.”

For various reasons, including his inability to get a job due to his physique, he put on more weight. His co-host notes, “We were all used to you at your My Name Is Earl weight or more.”

This time around though, he is doing it by increasing muscle mass. He explains, “Food is a functional fuel I use to live and that’s how I am thinking about it right now.”

All in all, Ethan says he’s lost and gained at least “1,000 pounds.” But now that he’s at this place in his life, his goal is to get a six-pack and he say he’s not “far off” from achieving it.