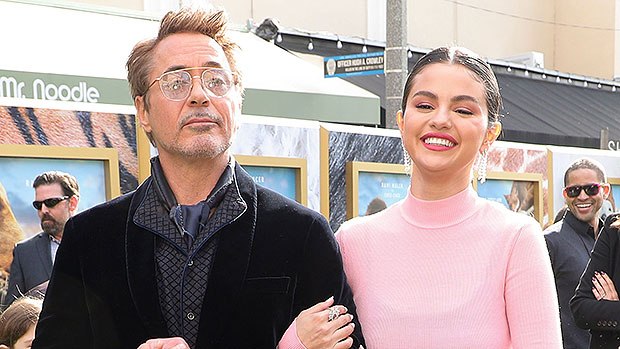 Selena Gomez stunned on the red carpet for ‘Dolittle’! The pop star was spotted sharing a laugh with co-star Robert Downey Jr. at the premiere.

Selena Gomez, 27, has so much to celebrate this week! The pop star looked pretty in pink at the Dolittle premiere on Saturday, Jan. 11 in Los Angeles. Selena lent her voice to the character of Betsy the Giraffe, and stunned at the premiere with a Givenchy couture gown. The fall 2019 number featured a semi-sheer turtleneck bodysuit on top, paired with a floor-length black taffeta skirt fit for a princess. The “Lose You To Love Me” singer accessorized her gorgeous red carpet look with diamond drop earrings and a moon ring by Paris designer Messika, adding her old Hollywood vibe. Selena’s brunette tresses were slicked back off of her face into a bun and she kept her glam natural and dewy. The former Disney star’s kept her makeup simple and classic with a light pink eye shadow, a sweep of blush on her cheeks and a red lip. 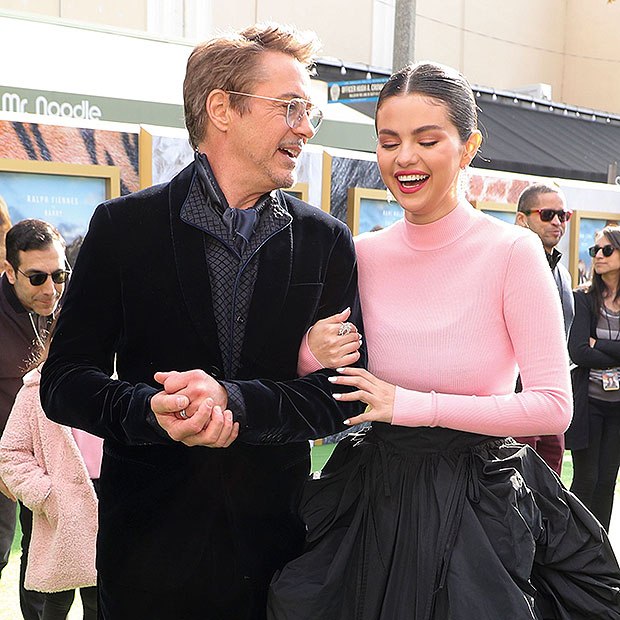 Joining Selena was the star of the movie, Robert Downey, Jr, 54. Iron Man was dapper as always in a navy patterned shirt with a velour jacket of the same color, paired with a classic pair of trousers. He kept the cool guy vibes going with a sneaker and pair of shades, which, may we say, is exactly what Tony Stark would wear. The duo looked in high spirits as they walked the red carpet with their castmates, posing together and sharing laughs and smiles during their big event. The actor was joined by his long-time wife, Susan Downey, who is also credited as a producer on the film. What a talented power couple!

This movie premiere follows the debut of Selena’s new album Rare, which was released Friday, Jan. 10! After nearly five years, the Texas native dropped her follow-up to 2015’s Revival, and celebrated with an album release party co-hosted by iHeartRadio! Along with her hit singles “Lose You To Love Me” and “Look At Her Now,” the singer showcased the 13-song LP in a special sneak peek of what she’s dubbed her most “honest” music yet.

Selena first teased her new music by posting a series of baby photos to her social media, and later confirmed that her walk down memory lane was significant. “The baby photos that I was teasing [went] along with new images from what I was about to release,” she told iHeartRadio.

“I knew that ‘Look at Her Now’ was coming right after ‘Lose You to Love Me.’ So it just felt like one of those moments where you could step back and say this is insane that I’ve walked through what I’ve walked through, and becoming who I’m becoming. And I know I’m not done figuring everything out, and I’ll make more mistakes and all that, but it’s so great to take a second and realize that and be proud that I’ve gone through a lot of things and I’ve come out the other side stronger,” she added.