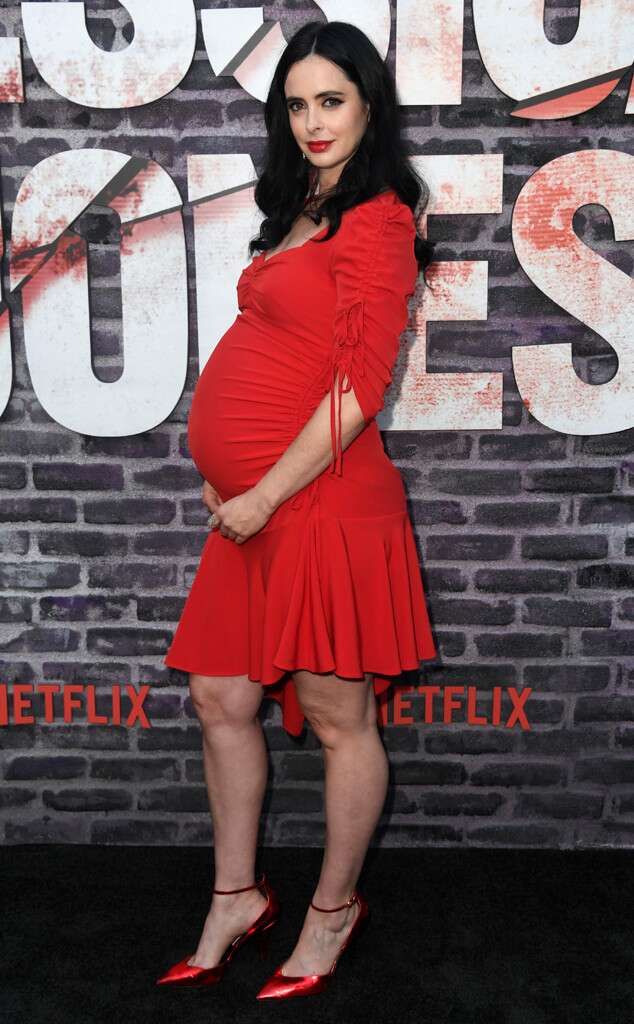 Krysten Ritter has officially kicked off her newest role: motherhood.  The Jessica Jones star has given birth to her first child. According to the newborn’s birth certificate obtained E! News, the actress welcomed a baby boy named Bruce Julian Knight Granofsky. She gave birth on July 29.

The exciting baby news comes just over five months since the actress debuted her baby bump on the 2019 Oscars red carpet in February, simultaneously confirming she was expecting a baby with her beau, The War on Drugs musician Adam Granduciel, née Granofsky.

“Surprise!!!” the mom-to-be wrote on Instagram at the time.

Since then, the star has been gearing up for baby and celebrated the little one on the way with a music-themed baby shower last month.

The gathering featured a record player-shaped cake and a variety of music-inspired cookies, a fitting theme given her man’s occupation. “My best friends threw me a baby shower and my heart is exploding,” Ritter wrote online.  With the third and final season of her Netflix series officially out, the star is also kicking off one personal chapter after closing a professional one.

“I think it’s so perfect and I just feel so blessed with the timing of everything,” Ritter told ET Canada. “[Motherhood] is something I really wanted to do also, so I feel like the stars all have aligned perfectly. I feel really lucky.”

Congratulations to the new family of three!