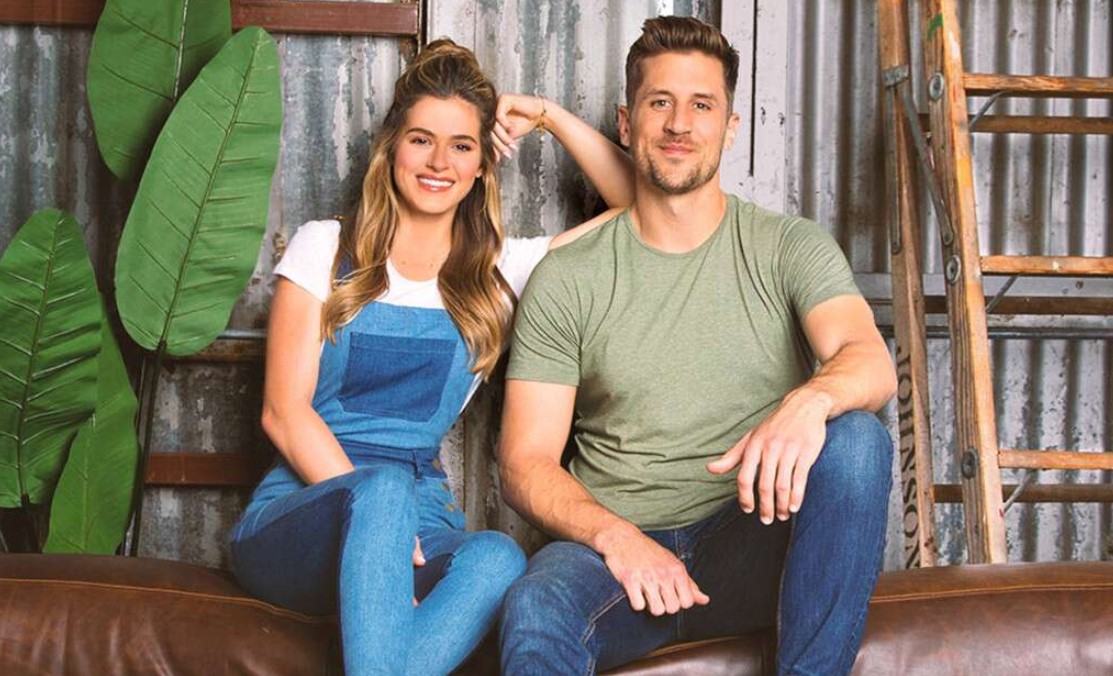 Been wondering what JoJo Fletcher and Jordan Rodgers have been up to since their season of The Bachelorette ended in 2016?

Currently, you can see them renovating short-term rentals on CNBC, and it’s a side of the couple we never got to see on the ABC reality show. They took the stage at NBC Universal’s TV Critics Association press tour to talk about their series Cash Pad, but they also opened up a bit about their relationship and how it has evolved and adapted in the three years since they first got engaged on TV.

Some fans might actually be surprised to learn that JoJo has been renovating properties for over a decade.

“It’s so funny. You know, at the bottom [of the screen] they say your job title, and they often try to make a joke of people’s jobs,” JoJo said of The Bachelorette. “Mine actually did say ‘real estate developer,’ but people had no idea that I’d been doing it for years before the show.

With Cash Pad, she and Jordan get to open up their lives in a different way as they work together to invest in properties, work with homeowners, and renovate properties designed to become short term rentals, or AirBnbs.

“Getting off the show, people were so invested in our relationship and what that’s like, and we weren’t totally excited about opening up our lives like that again, but because this is what we do every day with cameras or without…”

“She’s a badass, let’s be honest,” Jordan added. “That’s what I didn’t know. You meet on a show and you know a lot about someone, and then we get back to reality and it’s like hey, here’s what I do, you’re doing it with me, and I’m like, all right boss.”

JoJo said she thinks of their relationship as really being two years long, since that first year was still part of the whirlwind of The Bachelorette, but now they really are planning their wedding, hopefully with help from their business.

“We are actually planning a wedding right now, so we really need these rentals to be profitable so we can pay for it,” JoJo said. “Florals are very expensive.”

The couple plans to spend the next two weeks, while they’re on a break from renovations, to visit venues.

“People always told us the first way to break up is to renovate a home with your significant other, and the second is to start a business together. Somehow we decided to do both, and we haven’t killed each other, so I think we’re ready. I think we’re ready for the wedding.

After the panel, JoJo spoke to a small group of reporters and opened up about this side of her that wasn’t seen on The Bachelorette.

“I don’t think that I’m annoyed because I think when I was on that show, it was like out of sight, out of mind. I was so focused on being immersed in these relationships,” she said when we asked if it was frustrating to not show off her career on the dating show that made her famous. “But I do think it’s a side of me that is really important. I think a lot of contestants on the show, their careers get overlooked and they are sort of forgotten about, what they actually do for a living and what they’re passionate about. And I’m so excited that we get to showcase that. But I do think that’s one thing that’s kind of a bummer about the show. A lot of people’s careers almost get laughed at.”

The show also makes it difficult to return to a normal career afterwards, but JoJo says she and Jordan got some advice that helped keep them grounded.  “We were told that you can be in trouble if you sit around in LA, if you try living this life for a little bit longer,” she said. “So the day after we got together, we moved back home. We started renovating a house in the very next week. So it was important for us to not stay and get caught up in whatever it is you want to call it. And I think it saved our relationship…It was really important for us to just get back to normal life.”

JoJo also revealed that there won’t be a ton of Bachelor Nation stars involved in the upcoming wedding, but at least one definitely will be a part of it.

“Becca [Tilley] doesn’t know this but she’ll be in my wedding,” she said. “I haven’t told her yet, so I guess she’ll find out now!”

E! and CNBC are both part of the NBC Universal family.