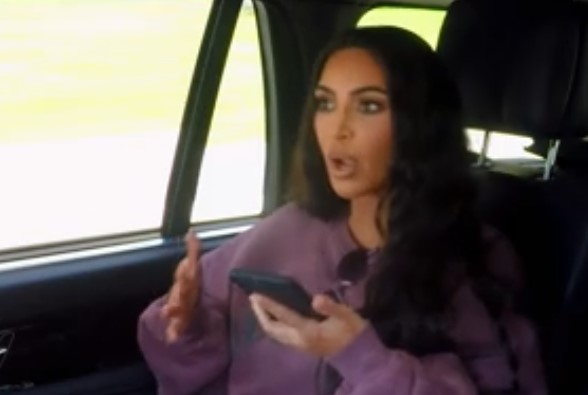 “We just called 911,” the Good American boss continues, as Kris shouts “my neck!” in the background. “This is crazy.”

It seems safe to say all parties would probably have to agree on that, but can we back up for a second? What is going on right now?

“What happened?” Kim asks frantically, while simultaneously trying to relay the equal-parts bizarre and alarming situation to longtime friend Jonathan Cheban, who’s just as flabbergasted by this information as the rest of us. According to Khloe, the KKW Beauty founder’s newly-instated security team was monitoring her and Kanye West’s Hidden Hills backyard (which has seemingly been subject to ramped up surveillance lately, per Kim) when Kris stopped by.

“I told her to go around [to the front entrance],” Khloe explains, but it sounds like the Kar-Jenner matriarch didn’t heed her suggestion. “And they just tackled her,” she finishes, urging her sister to come home quick before promptly hanging up the phone.

Shocked? Bewildered? A little freaked out (is Kris OK?)? Join the club.

See Kim’s reaction to Khloe’s news—and try to piece together the facts of what sounds like a very convoluted clearance mix-up—in the link below!