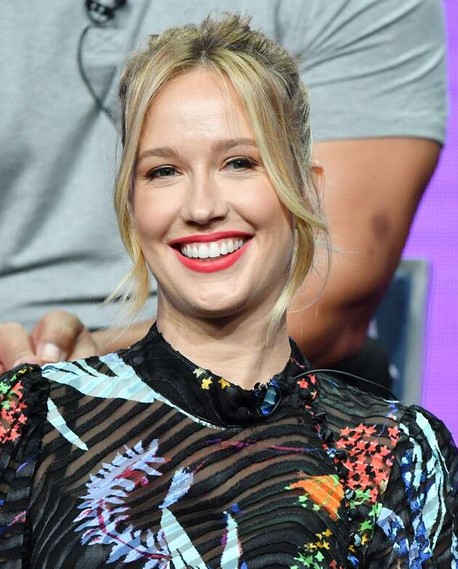 Anna Camp Reflects on Finding Herself After Skylar Astin Divorce

It’s been almost four months since Anna Camp filed for divorce from Skylar Astin. On Thursday, the 36-year-old actress opened up about finding herself after a “life change” at the Television Critics Association Summer Press Tour in Beverly Hills, Calif.

“It’s been really scary and liberating at the same time,” the Pitch Perfect star said after a panel for her new show Perfect Harmony. “I definitely—I’m 36 years old. I’ve had some life changes go on, and I feel more me than I ever, ever have. It’s a vulnerable place to be, but it’s also really empowering…I just feel really grounded and that the decisions I’ve been making have been for the best. So, that’s good.”

It seems like Camp has learned a few things about herself, too.

“I think that I’ve learned that you can go through a life change and remain positive and also remain kind and friendly and things happen for a reason,” she told reporters. “I’ve also learned that, in the face of a challenge, I can rise out above it and even be better for it.”

After meeting through Pitch Perfect, Camp and Astin tied the knot in 2016. Two years later, fans noticed the two weren’t following each other on social media and wondered if there was trouble in paradise. After all the speculation, the co-stars confirmed they had broken up.

“We can confirm that we have decided to separate, and this decision was made mutually and amicably,” they told E! News in a joint statement at the time. “We kindly ask for privacy as we navigate this transition.”

Luckily, Camp can lean on her “TV family” for support as she starts this new chapter.

“I’ve always wanted to have a TV family that I get to go to. I’ve never been around such wonderful people…I know everybody says this, but everyone is so genuinely lovely,” she said. “There are no divas, there are no egos. We’re not afraid of failure, which I think is an incredibly important thing when you’re working because, if you’re not afraid to fail, you can only fly. So, I’m just very, very lucky to have a nice TV family to come talk to.”

Fans can watch Camp take on a new role during Perfect Harmony’s premiere on Sept. 26.